This weekend we had a few visitors in town. Our friend Drew was in Seattle with his wife on tour. I first met Drew in a beginning video production class at BYU, and I can honestly say that he is one of the friendliest people that I know. He is also an extremely talented performer who has crafted his art over many years of touring.

Here is a video that I took of Drew during his set. I used the opportunity to test out our new cameras at school -- I really like the images on these Canon HV30's:

Drew also brought along with him Kyle from the band Desert Noises. The whole band was supposed to come but couldn't because they were still in high school. Kyle, however did a fantastic job of playing by himself. Here is a taste of what that kid has to offer:

Drew, Lynette, Kyle and Melissa (Kyle's girlfriend) all crashed at our house after a long night of jump starting a car across the entire eastside. Our guests made us feel a little bit like rock stars (especially after drew's story of how Nico gave Ziggy Pop the clap -- ewww) and we were glad to have them.

Now I am trying to convince Steph to start a band with me so we can go on tour this summer -- Everytime I suggest it, however, she just gives me this look.
Posted by Rob at 7:14 PM 1 comment:

My husband just described a wedding announcement as, "to die for" and meant it.
Posted by stephanie at 6:14 PM 1 comment:

The Rest of Vegas

The pictures from the rest of our trip to Vegas are few and far between. On Tuesday, we decided to get off the strip and we drove out to Red Rocks Canyon. 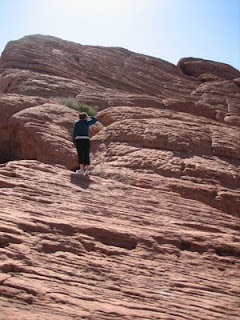 We did enough hiking to get pictures to prove it, but decided that we weren't as hard core as some of the other hikers that we saw and cut our trip a little short. 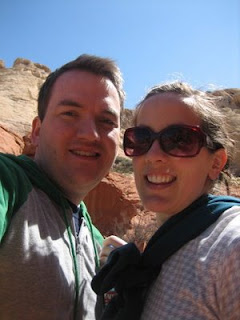 While in Vegas, I discovered that there was a Cafe Rio nearby. I haven't had a Cafe Rio pork salad in almost two years (although my Mom makes a good knock off) so I jumped at the chance to go. The trip reminded me of the times that Mike Nations would go 3 times in a week just so he could fill up his punch card.

I was a little excited about going: 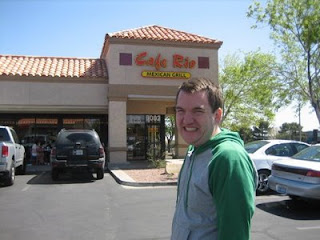 Here's where our documentation falls behind. We spent the rest of Tuesday hanging out at the pool, following which we went and saw that movie Duplicity, had a little bit of Yogurtland (which was fun), and went to the Fremont Street Experience (which is kind of just like watching a lame music video on the ceiling).

On Wednesday we finally did something that we spent two days trying to do: eating here. We had the Bobbi and the Capastrami -- both so so good. Remnants of the Capastrami can be seen in the bottom of this photo. 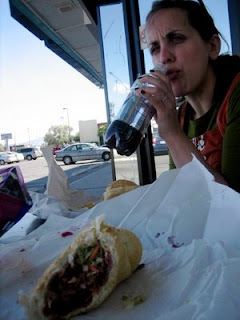 After, we saw Twilight at the $3 theater -- I am so over teen vampires.

The rest of the time was just more eating and walking around the strip. One of my favorite things that we did was seeing these birds with small heads at the Flamingo. 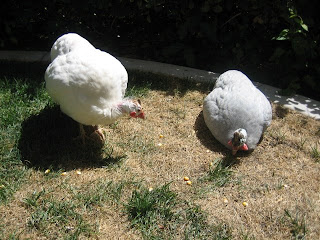 The rest of our trip was filled with three more awesome eats: The Original Thai BBQ, Luv It Frozen Custard, and the Ellis Island Casino.

Mmmmm. Overall we loved the time that we had off, the warm weather, and lots of good food -- what else could you want in a Spring Break?
Posted by Rob at 9:11 PM 1 comment:

This is all from Monday evening, which was pretty excellent. Obviously.

But first, look at who we found in Paris: 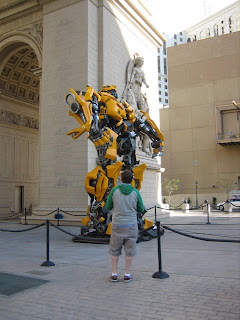 A day on the Strip can make a couple cats hungry, and we weren't about to spend the $$ to eat in the hotel/casinos. We had been driving around trying to find a Capriotti's sandwich shop, when we finally found one, it was closed! (this happened to us the next night too) No worries, In-n-out was right next door.

I think it's just obligatory to eat at In-N-Out if you're in a town that has the restaurant. I've actually eaten there 3 times, all in Vegas, but this trip was the tastiest. I think because I wasn't concerned about comparing it with Dick's, I was mostly concerned about getting the double double cheeseburger into my belly. 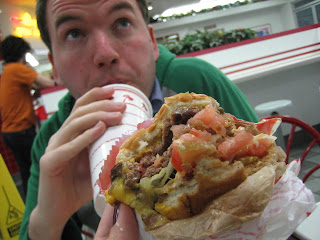 Then, off to the Pinball Hall of Fame. You can guess which one of us put this spot on the itinerary. BUT... even though that wasn't me, I actually had a lot of fun. Turns out sucking at video games doesn't mean sucking at pinball. 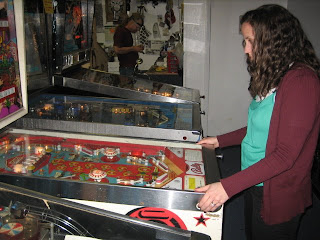 Quarters are good for other things, too. 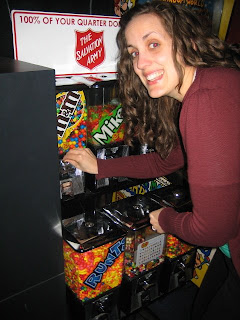 Look at all the machines! There were 3 or 4 rows just like this with new (Batman Dark Knight) and old (those were the cheap ones = the ones I played = more quarters for m&ms) pinball games. I don't remember which one Rob is playing here. He was pretty good, not great, but good. Turns out being awesome at video games doesn't mean being awesome at pinball. I tried getting video of his really good games, but the pressure of the camera being on made him lose 100% of the time. Kind of funny. 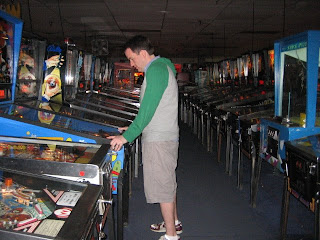 We also found Medieval Madness - I had learned earlier in the week that Tina Fey and Scott Adsit (plays Pete Hornberger on 30 Rock) are the voices on the game. You totally can't tell, though.

We recommend you go there next time you're in Vegas. When you do, this will be waiting for you. 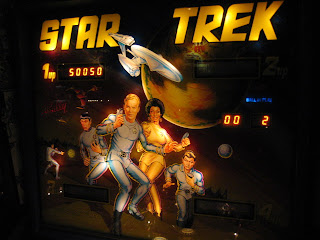