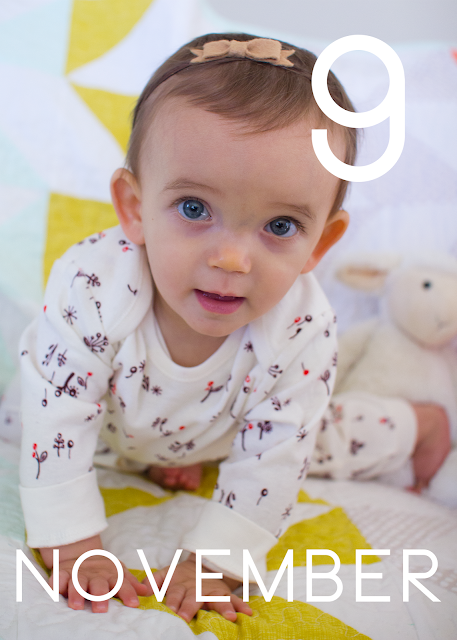 Apparently we've been too busy enjoying our baby to write these monthly posts about her. Lucy really is such a fun and loving little baby. She continues to be very curious and outgoing, I feel like this picture of her shows some of her personality - we couldn't get her to sit, she was interested in the camera and was going for it!

Lucy is very close to crawling, a little on the later side of normal age development and I want her to hold off even longer. I can't imagine her having access to every part of our house and what kind of precautions we'll have to take once she is getting around. She'll be so happy, though, when she can follow around her brother and sister (and get into their stuff). As I type this, I think I'm seeing her starting to experiment with crawling - going forward on her knees once or twice before lowing down to her stomach to scoot the rest of the way! For now Lucy is scooting and not very effectively, she'll scoot with half of her body and only short distances - if there's a toy just out of her reach but not across a room. She will go from sitting to scooting/laying and back again to sitting. She loves to stand against furniture but is cautious at the same time (probably because of the couple of times she's fallen), so she's not willing to take steps to "cruise" along the couch, etc.

She has begun to dance when she hears music and brother and sister are getting a kick out of it. She claps her hands and drums whatever she's holding. We can't get her to raise her hands as in "ta-da!" on command but she thinks it's funny if she happens to be raising both hands and we sing out "ta-da!" Her favorite game is peek-a-boo and started covering/removing her own eyes with a blanket, etc.

As I type this she is pretending to be sad (because she just toppled backwards from a sitting position) - fake crying but then laughing when I look at her. She's always laughing, and for a baby who took a while to have a big "belly" laugh, it's easy to get that laugh out of her now.

Her favorite day of the week, we think, is Sunday - so many people to watch and smile at.  Everyone there is enjoying her, of course. Rob is still able to get her to fall asleep for part of the time at church which is nice.

In general sleep is really good. She mostly takes two long naps (often 2 hours each) and wakes up once most nights. By this age with the other kids I wasn't getting up with them in the night but Lucy sleeps in our walk-in closet - too close and, therefore, too difficult to let her cry a long time at night. So, for now, waking up the one time is bearable enough for me to let it continue. We had a really consistent nap schedule but with the recent daily savings time change it's variable again. I was so enjoying being able to make daily plans finally, knowing her nap times, but now I'm back to not knowing how the day will go until she wakes up in the morning (because now she'll sometimes wake early so I need to put her down for a nap earlier).

Lucy is a big eater, but she's picky. Not too bad, but it seems like she's too young to have an opinion about preferring fruit over vegetables, for example. I blame the overly-sweet fruit found in baby food jars that were among her first foods. She doesn't eat those now, but when she is refusing squash or other veggies I'll sometimes resort to mixing in some applesauce. Her favorite foods are berries - she's had a lot of defrosted blueberries (so they're soft unlike fresh) when I'm not worried about staining her clothes. And a couple of weeks ago we had some fresh blackberries and raspberries - she went nuts. She'll eat most textures now so she can eat a lot of what we're eating.

She doesn't seem to understand any words, maybe she knows her name, but I'm not sure. Her expressive language is still a redublicated babble (dadada, bababa) - same syllable only with a small set of varying consonants (d, b, m, n). Her dad likes that her favorite thing to say is "dada" and he gets her to repeat it, thinking his name is her first word. Her mom, however, knows she's not attaching meaning to the sounds. And it's her mom who is the speech-language pathologist (so there) :)

At her 9 month well-child visit to the doctor she weighed just under 16 lbs (11th %ile) and is 27 inches long. She wears size 6 month clothes. We're happy she's growing and there isn't a concern about her weight like with past check-ups but still enjoying that she's little.

She is very taken with her Daddy, wants him if she sees him and will watch his every move when he enters a room. She loves taking showers with him, kicks her feet and laughs when she can tell she's about to get in. She loves her big brother and sister, she is enamored by Henry and endures as well as delivers (loving) torture from/to June. Every day when she wakes up in the morning or from her naps they are so excited to see her - I would have thought that the excitement would have worn off by month 9! And she loves the attention. 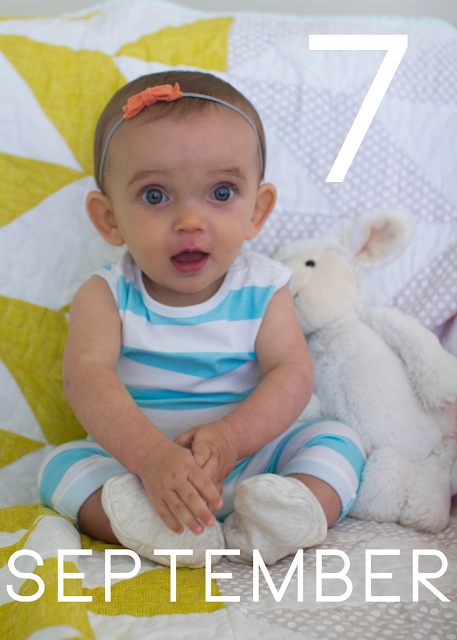 I'm writing this update in November, too long past her 7 months to remember many details. Sorry baby. We had a wonderful summer, though, Lucy loved the water, near the end of the summer she began splashing when sitting in the shallow water.  She was great outside on outings and enjoyed swinging at parks. She is an easy companion on the few hikes we took, she'll fall asleep while being carried however she doesn't sleep long and then decides that short time takes the place of a long nap. Lucy has always been tolerant of getting less sleep during naps, though, so it's okay. She took to sleep training pretty well, especially for falling asleep on her own. This was the month she began sitting by herself in grocery carts (a fun milestone) and starting joining brother and sister for baths. She kind of goes crazy, she loves it so much - so she has to be held so she doesn't go under the water. She rolls to reach items out of the way, but not scooting. 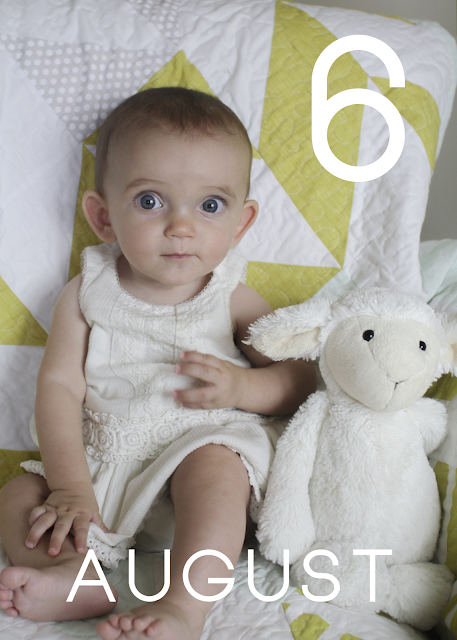 Oh my goodness, we love this baby so much. As the picture shows, her eyes are very big! And those cute ears just kill us. Our sweet Lucy!
Posted by Rob at 3:25 PM No comments:

I enjoyed a special outing with June recently when the two of us went to a ballet performance at BYU. June takes ballet/tap so she's very interested in ballet these days. I enjoyed the ballet a lot, June enjoyed the first few a lot then got bored. Luckily when it was all over she had only good things to say about it - and that's what matters, that this will be a fun memory for her.

Waiting for the ballet to start. 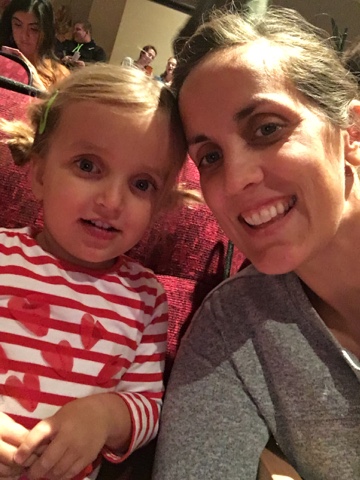 Afterwards June took her turn on the stage. 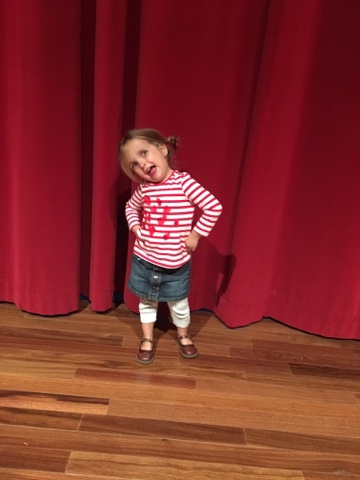 Running through the halls. 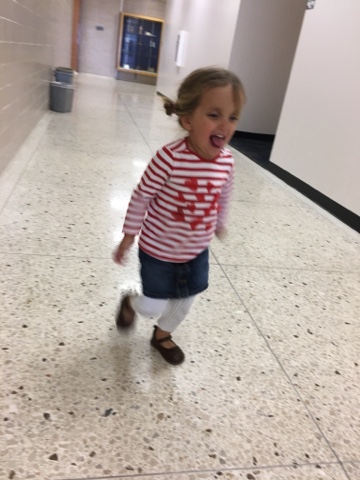 She requested a visit to the duck pond on our way home. 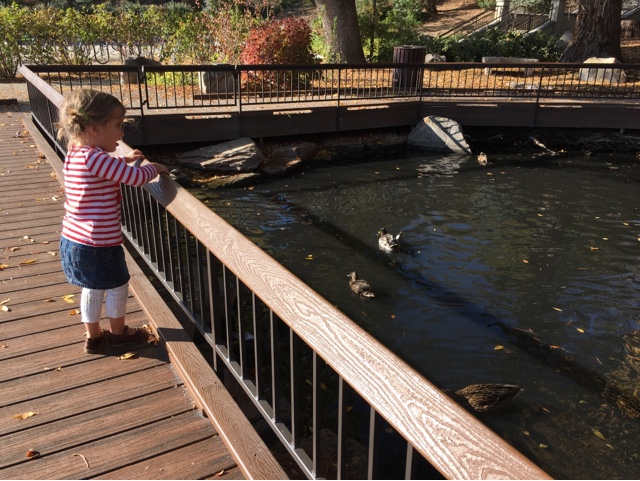 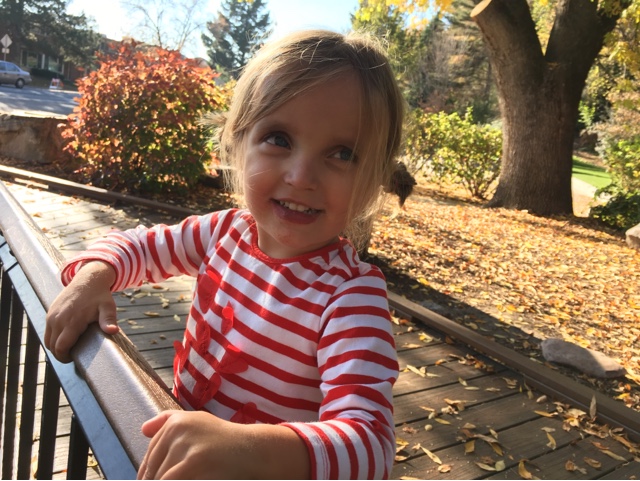 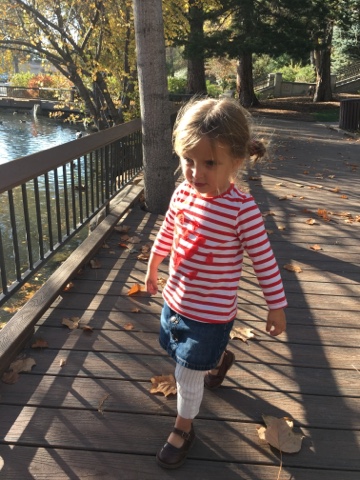 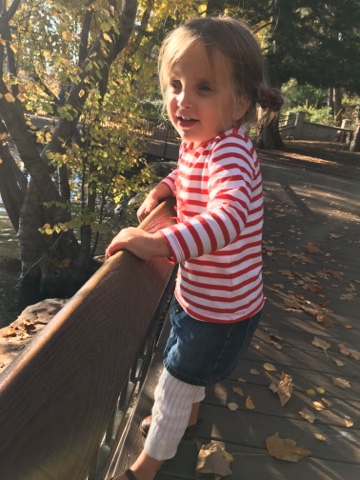 I love this wonderful girl! 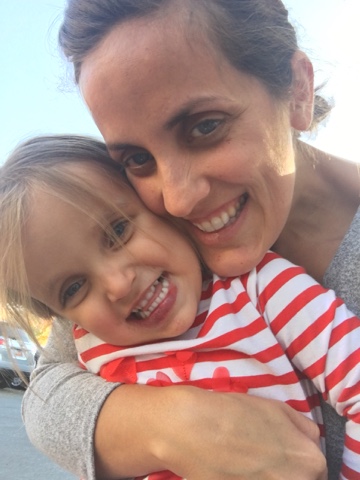 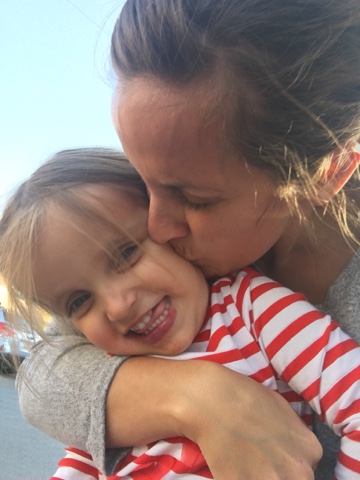 Posted by stephanie at 10:09 PM No comments: