I'm not afraid to say it - this hike is hard! It's steep the entire way up but I love the views of Provo the entire way up, so I think it's worth it. I hiked Y Mountain with my friend Lindsay about a month after we moved to Provo and Rob and I have looked forward to hiking it together since then. We plan on doing it at leas once more, hopefully Henry will be able to join us sometime. The beloved concrete letter Y on the mountain has become a fun part of living here, we love finding it when we're out and about, checking to see if there is anyone on the Y, watching it disappear when the snow comes, and waiting for it to light up during homecoming and a few other times during the year.

The fall colors on the way up: 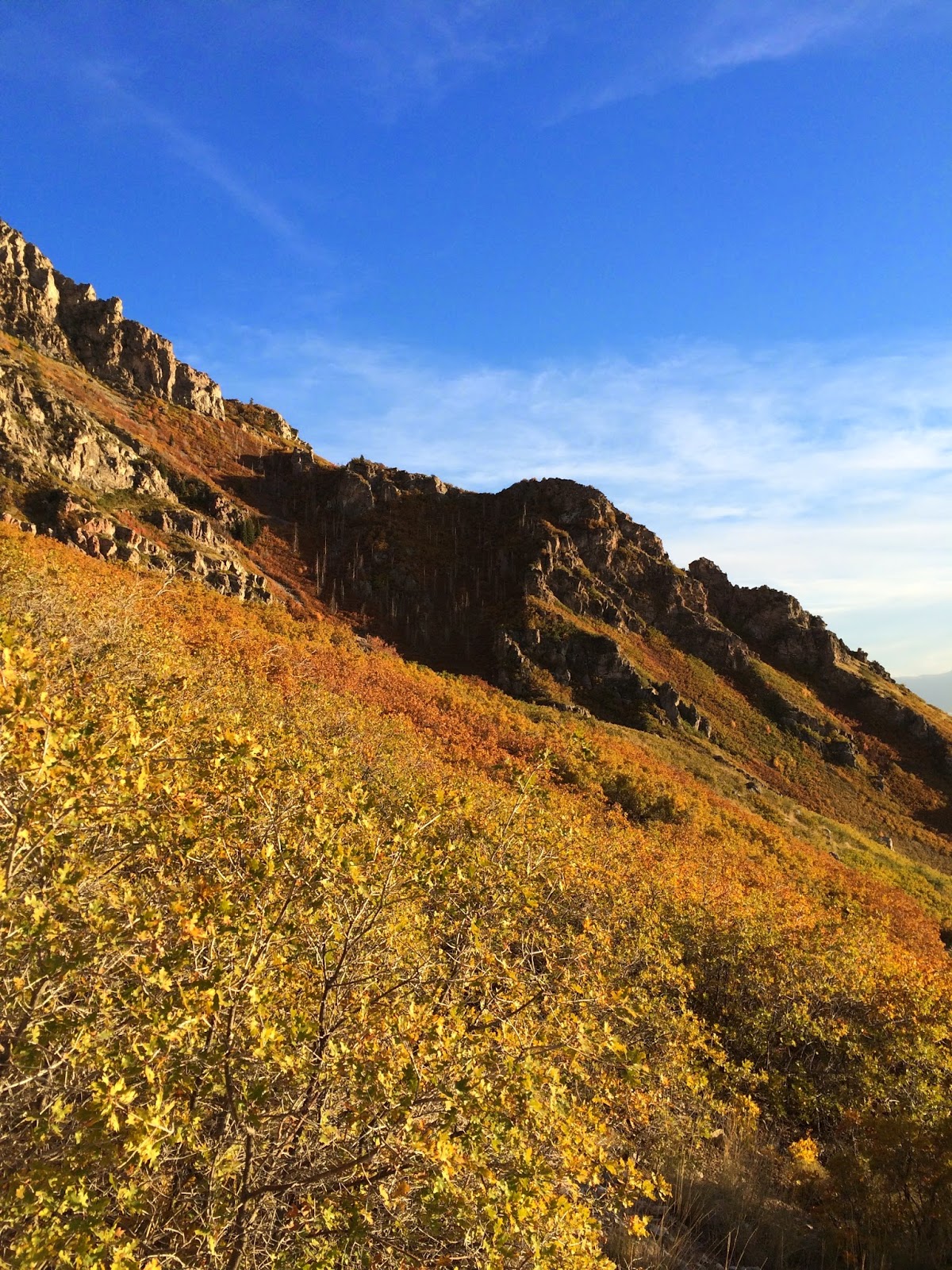 Enjoying the dinner we packed while sitting on the Y. 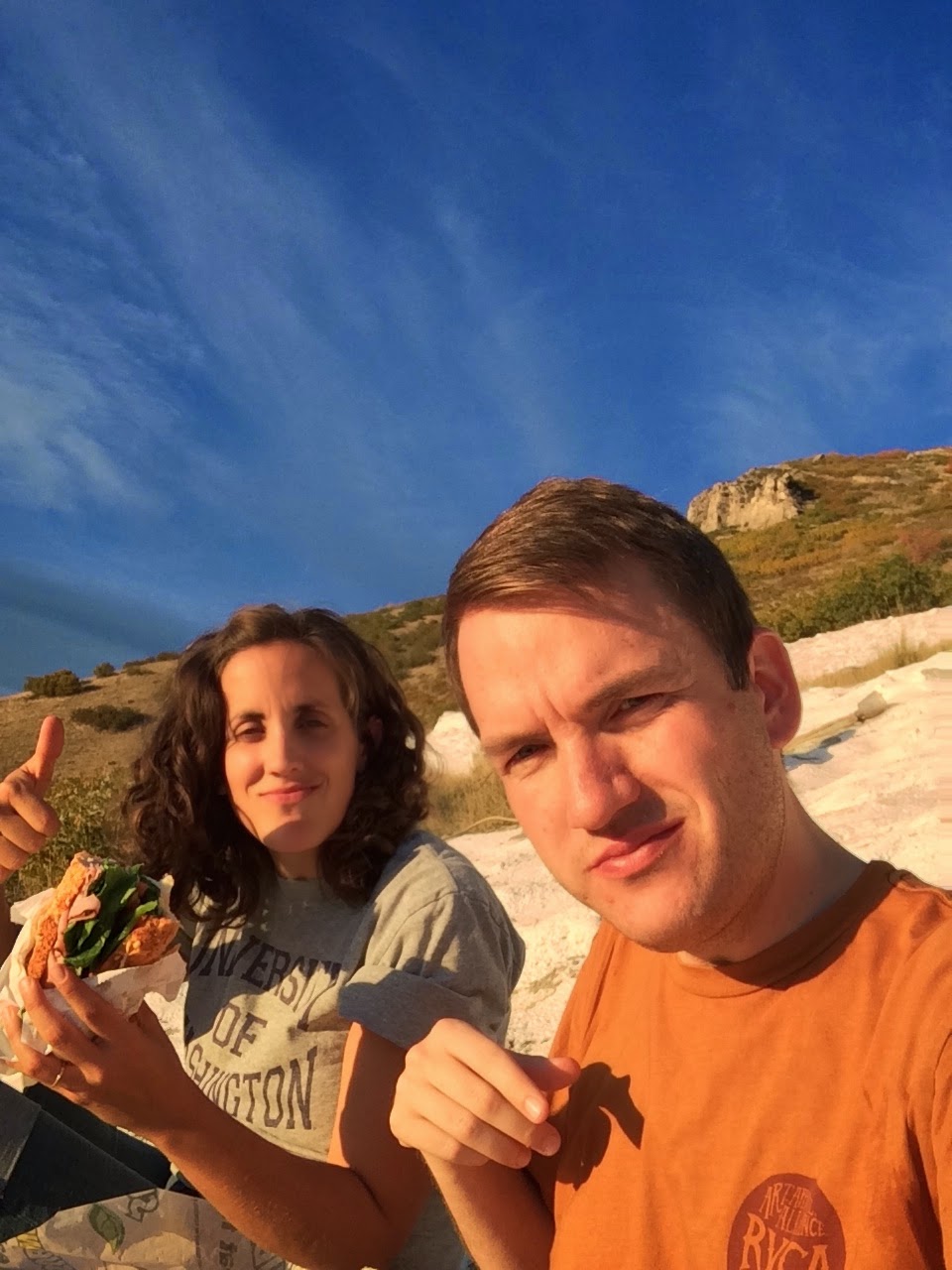 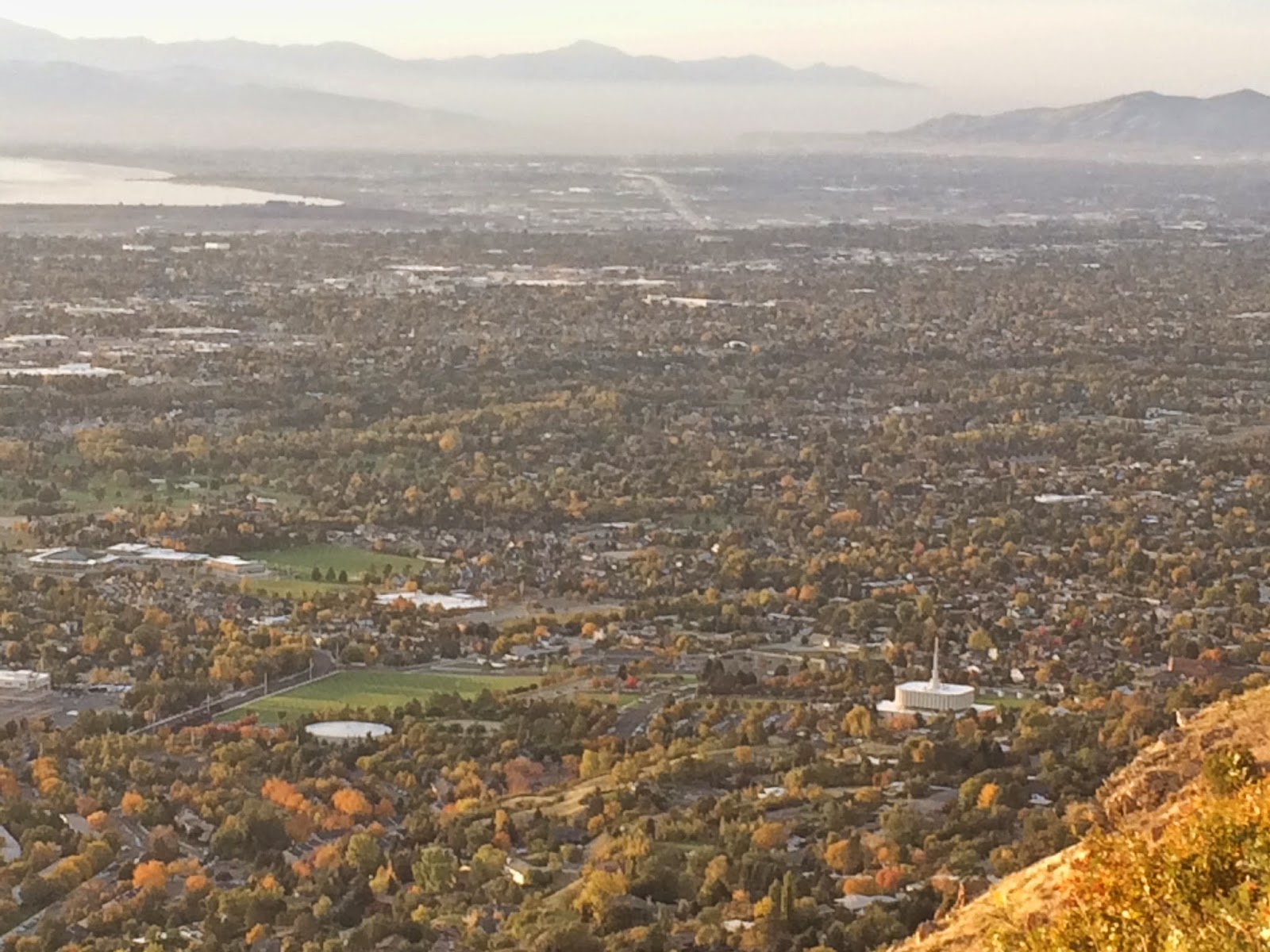 There were a lot of people up on the Y with us, maybe mostly because on a nice Friday evening at the end of summer there usually is, but also because it was in the middle of homecoming so a lot of people wanted to be on the Y while it was lit. We had to get back to our Littles so we didn't wait for the lighting. 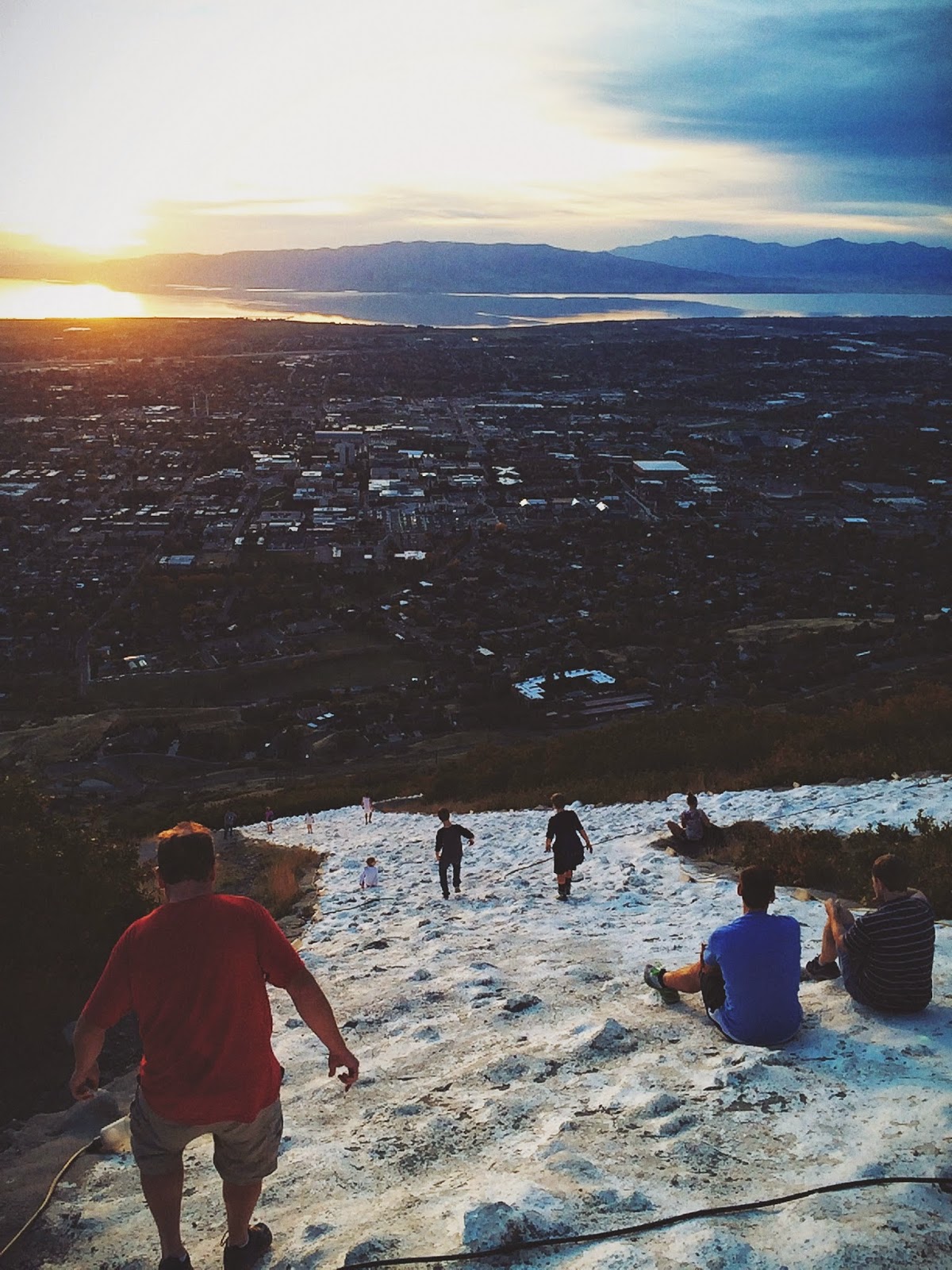 Posted by stephanie at 1:31 PM No comments: