I've been wanting to post about our camping trip over the 4th of July but because the pictures I have are just sort of random, I've been holding off. I'm going to do it anyway, because it was lots of fun and I want to remember it.

We have been going to Kayak Point on the 4th of July for many, many years. Last year I tried to figure out just how many and it's around 20 years. That means I'm getting old. A few years we started camping at the park too, making the holiday celebrations last even longer. I have to say it's not my favorite campground. It's nice that it's so close to where we picnic on the holiday, but the tree covering is too much so that even when it was sunny down at the beach, we were chilly up at the campsites. Also, it rained on us the first night which made me angry and although I can't blame the campsite on that, it took a couple of days for all of our stuff to dry out because of all the trees. Tradition makes most things worth it, though, so we're likely to return.

The best part about this camping trip is that last year my mom's side of the family started joining us for the festivities. This year we had practically everyone with us, traveling from as far as Spokane and even Arizona! This is a big deal for our family because we don't have family reunions (I guess that's what this was) and rarely even see each other on the big holidays, despite how much we all love each other. It was great to see everyone and strengthen those relationships. It's always wonderful to see my Grandma Jackie and it was special to have Henry meet her during the camping trip.

Here are some highlights:

Leah riding her scooter between campsites. 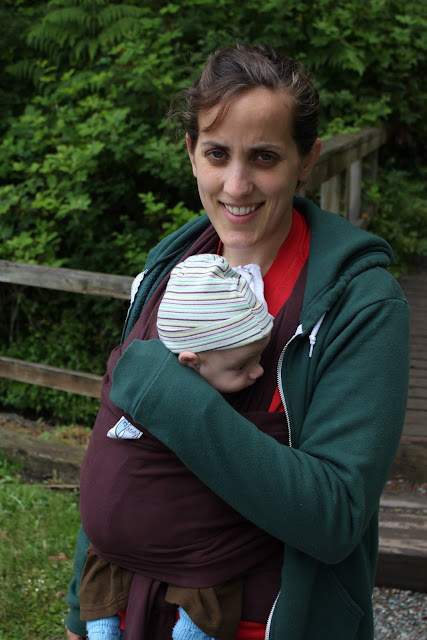 I love his sleeping-bag head 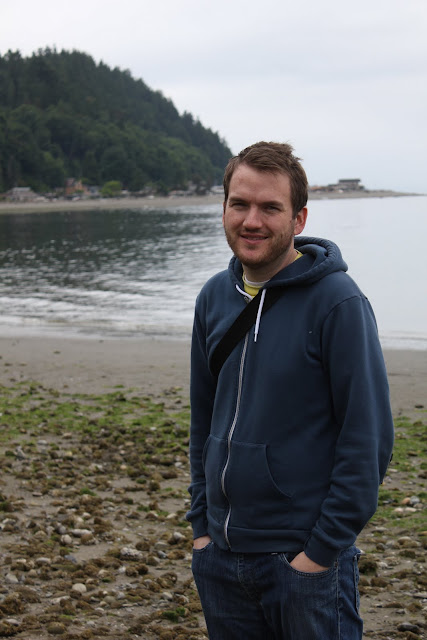 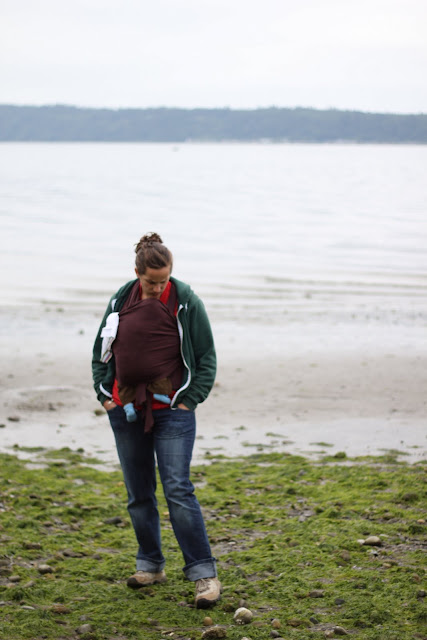 Playing games with Mallory and Scott. It was great to get to know Scott a little during the trip, since he'll be joining our family soon - they are getting married this week! It looks sunny in this picture. It was cold, though. 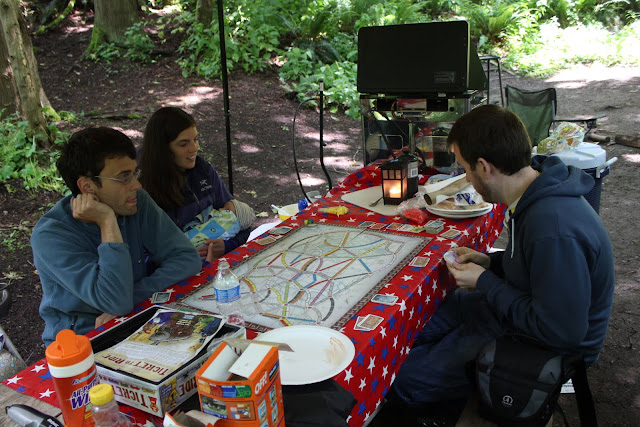 My dad planned a Independence Day devotional of sorts. He would. 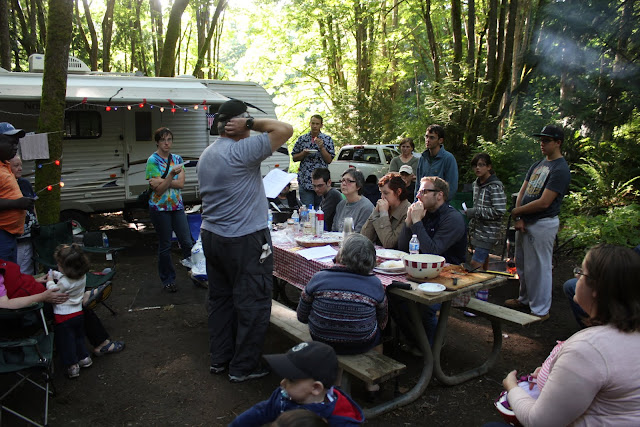 Henry got to spend a lot of time with cousins (2nd cousins? 1st cousins once removed?) from Arizona. Here he is with Liz. 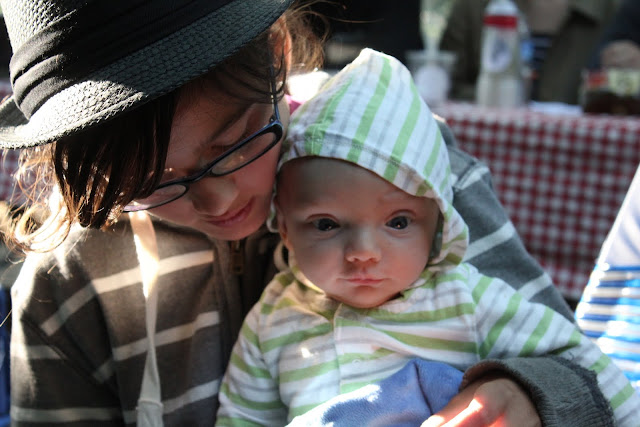 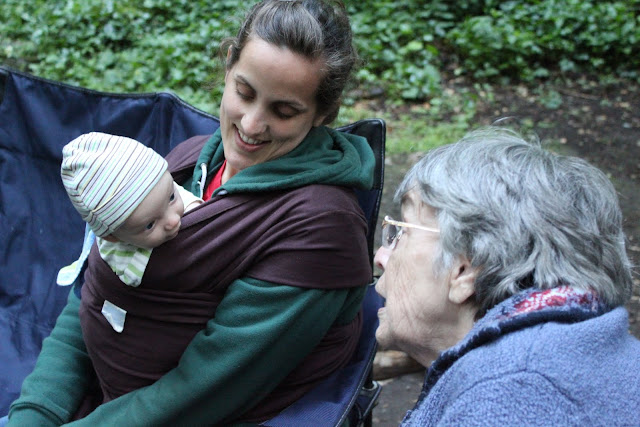 That mountain man is my Uncle Mike. 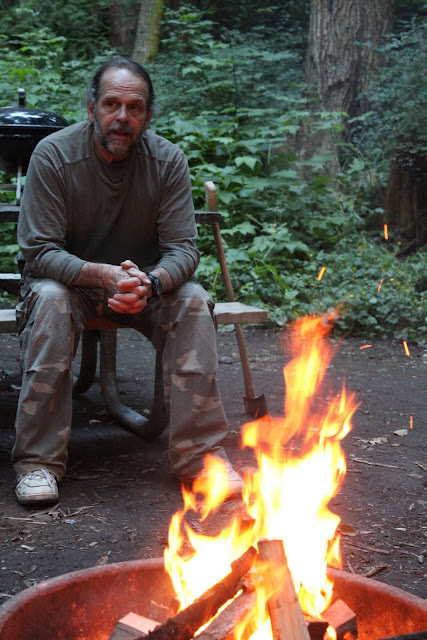 Another one with Henry and GG. 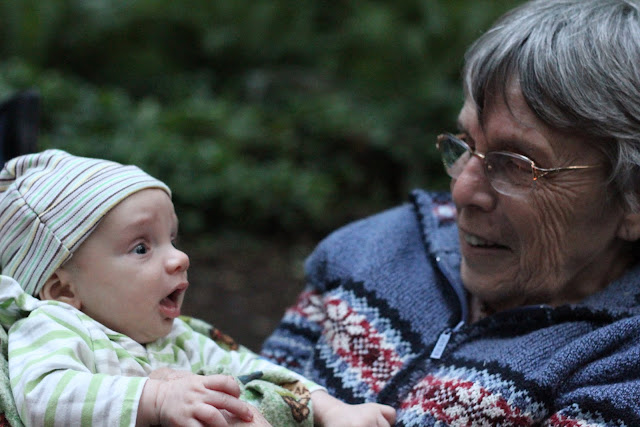 Here are some taken on the 4th, down at the beach.

Mark and his girls, my nieces. 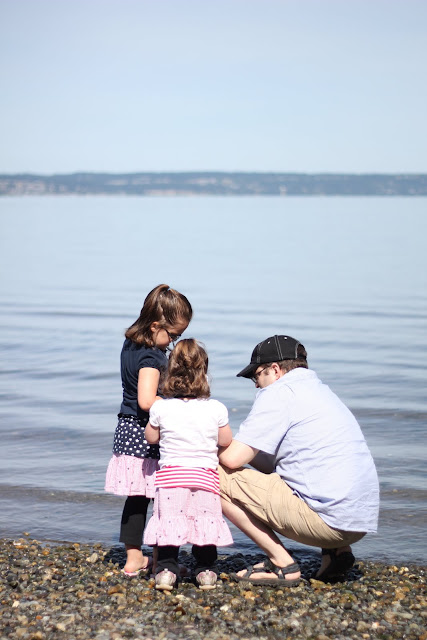 So fun that Clara has a walking stick just like Grandma's cane. 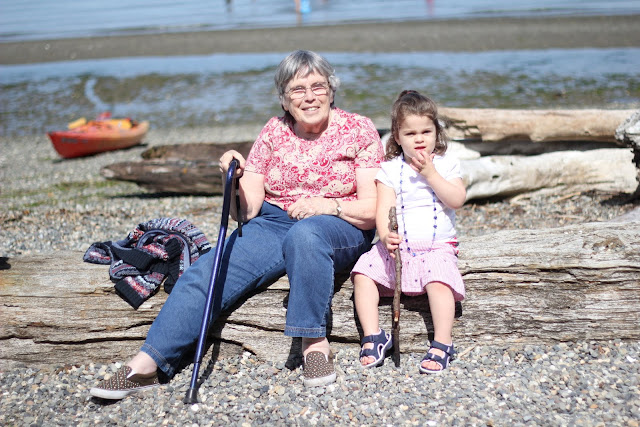 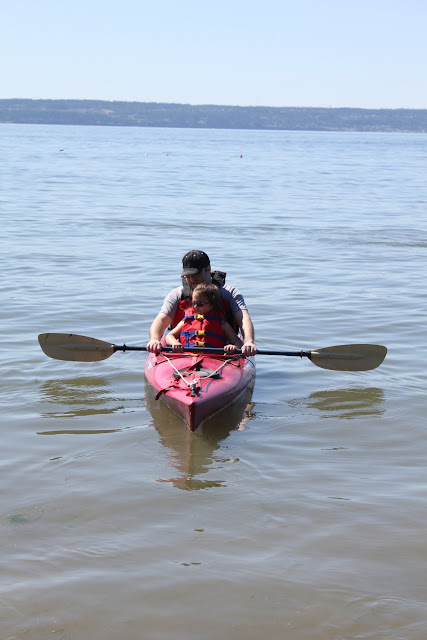 Our friends, the McDonnels, came - it's their third year of joining in on the fun. That's why Kayak Point on the 4th has always been so great - everyone is invited and it has become a tradition for many of our friends over the years. Collin was just a tiny baby his first year, here he is looking like such a big boy! 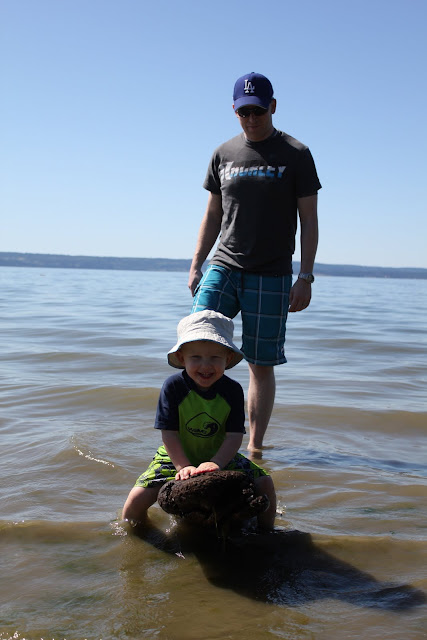 This is my absolute favorite picture of my two boys. From the moment Henry was born I thought he had Rob's eyebrows - and, to me, this picture totally shows it. Plus, they're just both so cute in it. 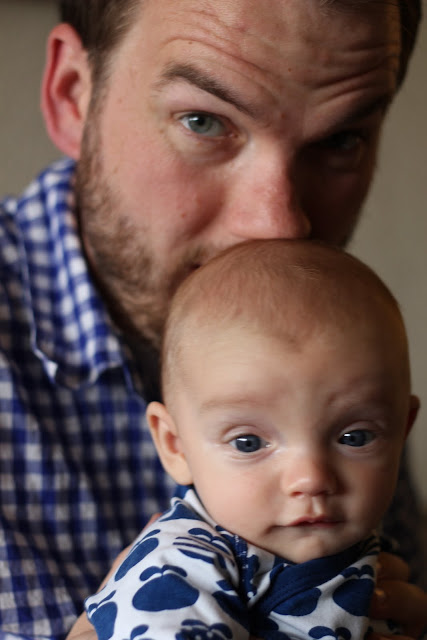 Does this baby look familiar? 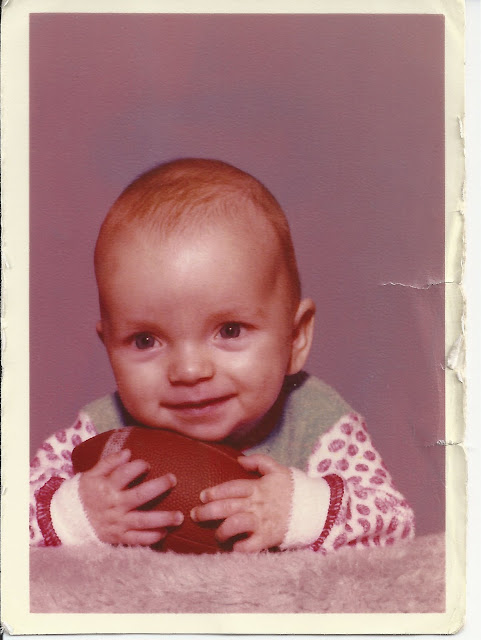 It's hard to find some pictures of Henry that look just like the picture of Rob above, but I think these two are close: 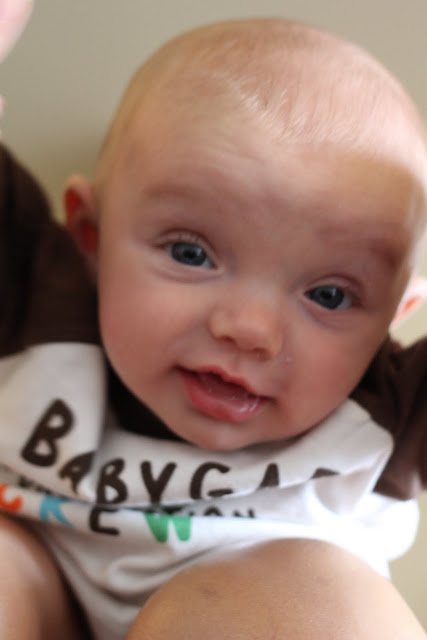 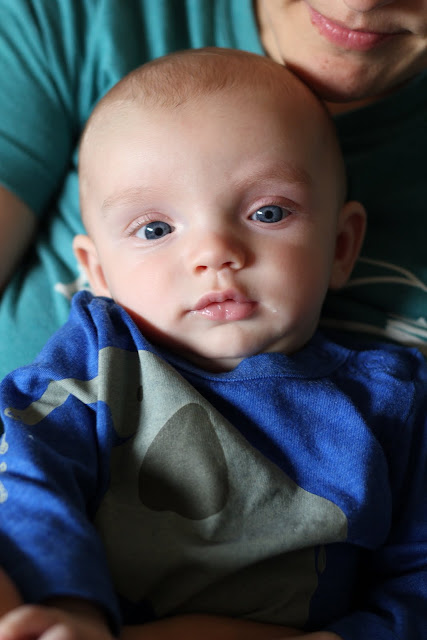 I hope Henry grows up to be like his daddy in every way. For now, I love that he looks a little like him.
Posted by stephanie at 1:59 PM 3 comments:

“Labor” started around 2am on Monday morning. I woke up in bed with bad menstrual-like cramps and thought to myself that they were probably actual contractions, just like I was hoping I would have soon, and then I fell back asleep. I was a few days overdue, and despite knowing that the due date is just an estimate and should be treated as such, I had been feeling impatient for his arrival for a few days. I think it was because we had hoped for so long that he wouldn’t be early and come during Monica’s wedding, that once her wedding was past, I already felt past-due. Even though I wasn’t.