Last month I received the news that my friend Darien was moving to Seattle with her family.  Her husband, Eric, just got a job at Amazon and they were relocating here from Washington DC.   We met up on a cold Saturday in January to show them some of our favorite things in town.

We first met up at the Seattle Waterfront and showed them around a few of the shops there.  Afterwards, we hopped in our respective cars and drove to Ballard to see the Locks.  Here's Henry on his way to see the fish on the ladder: 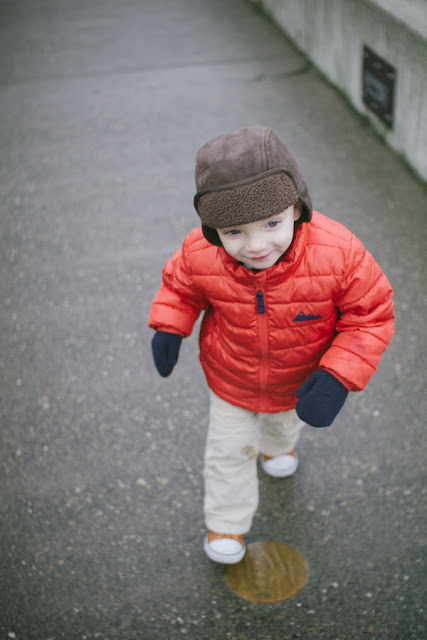 Sorry Henry, I guess there are no fish in the winter (it was at this point that I realized that I knew very little about biology or fish migratory patterns). 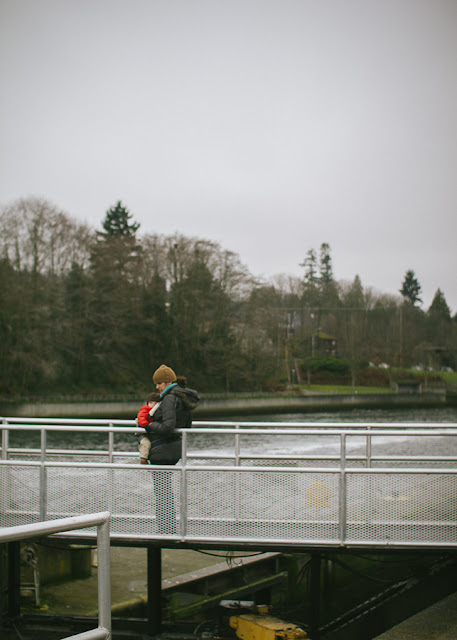 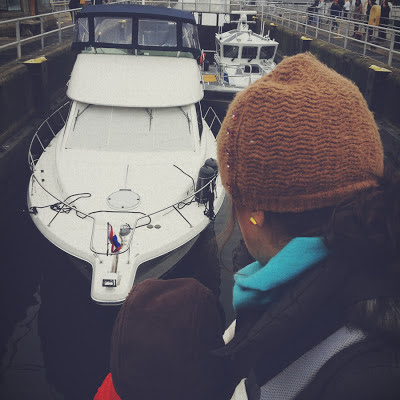 Here's the Lairds saying goodbye to the boats.  Oh, by the way, this is their daughter Audette, who is pretty much the cutest baby ever.  Henry was making goo-goo eyes at her all day long. 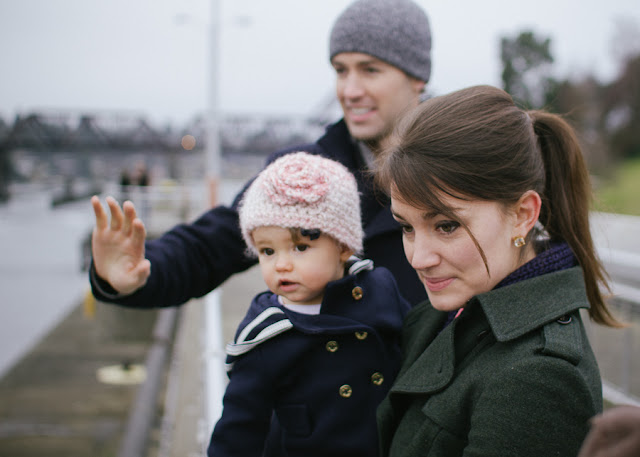 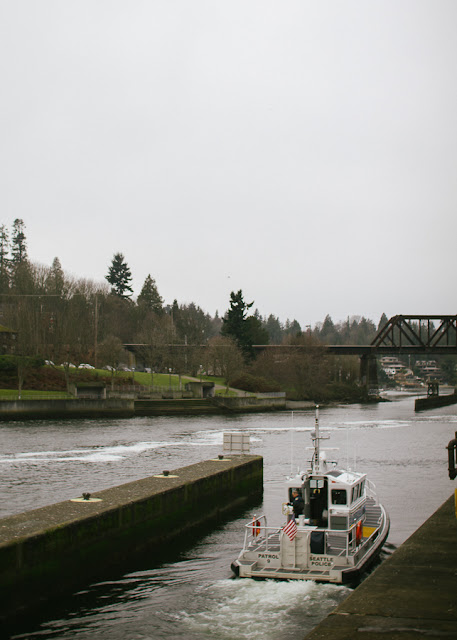 A parting shot of the little girl: 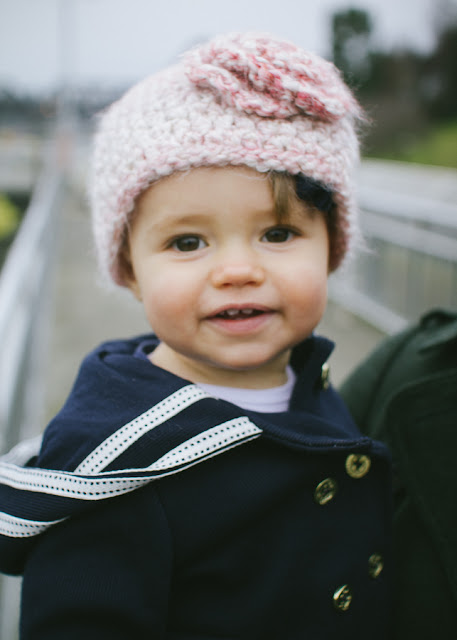 Afterwards we ate at the new Red Mill Totem House which pretty much sealed the deal on an awesome day.

Thanks Lairds for hanging out with us.  Let's do it again soon!
Posted by Rob at 10:41 PM No comments: