the ward campout will go forth

A month or so ago Rob got put in charge of our ward's campout. He's since learned his lesson, from now on he won't make suggestions for ward activities during Ward Council (he's the Sunday School President). Really, there weren't a ton of things to coordinate (easy for me to say) and it was fun to do it together and feel a little success for the great turnout and good time.

Before everyone arrived at Cascade Park, me and Whitey here walked into the river that goes through the campground. 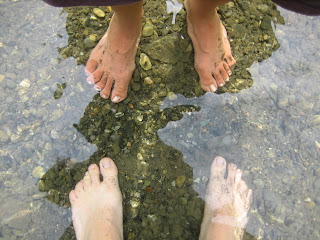 Here's another picture of a calm spot on the river 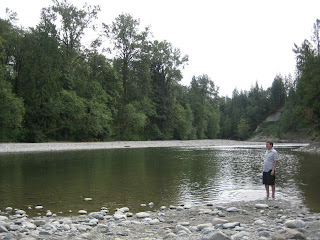 We didn't take any pictures that evening, which is a bummer, because that was the best part. There was a good number of people there, some we are good friends with, others we didn't know very well before sitting around the fire together.

Here is a pretty cool picture of Rob and I shared with us from the Van Leeuwens, who did take pictures that night. 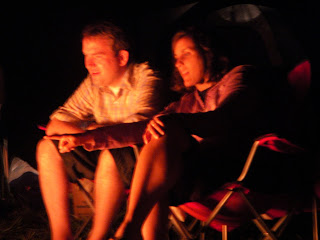 The next morning was a pancake and egg breakfast. I love this picture, everyone in it just decided to grab a spatula and help cook the food. 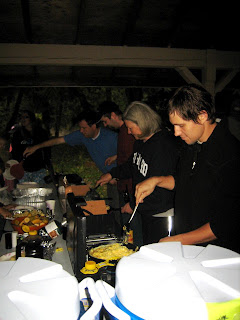 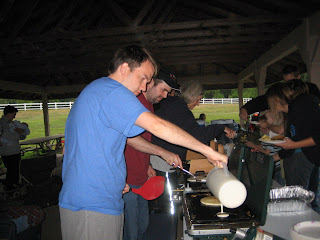 I'm the only one who had banana pancakes. 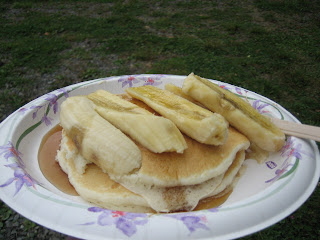 Cameron taught us a game he had learned called The Villager. None of us had heard of it, but it was easy enough so it became a hit. It turns out there's a game called Village Idiot, which I have heard of, which happens to be played the exact same way. I think Cameron just didn't want any of us to be left with the label of "idiot" so he kindly changed the name. He's considerate like that:) 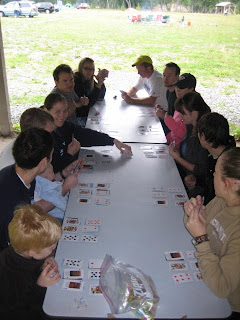 I kept getting really dumb hands like this one. I also came in dead last 3 out of the 4 times we played (village idiot). 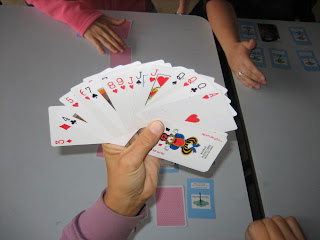 After packing up camp a few of us couples drove to the nearby falls (named Granite Falls, which is also the name of the town). 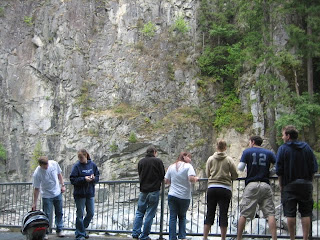 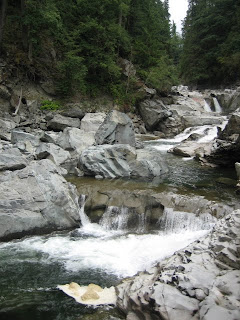 To view the falls you stand metal grates that cover the fish ladder that is there. Metal grates have always kind of freaked me out, I usually walk around metal grates on sidewalks, etc. I guess I worry I'll be the one person to ever fall through one. In this picture Collin looks so brave just chillin' on the metal grate. 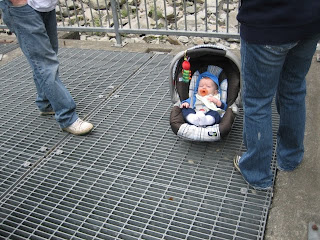 A closer look at Collin shows how happy a baby he usually is. Not like here. 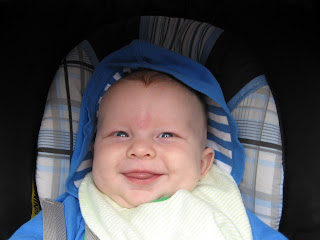 Rob and I have a hard time leaving Granite Falls without visiting Cranky J's so we got our friends to agree to eating big huge delicious scoops of ice cream before heading back to our respective homes. 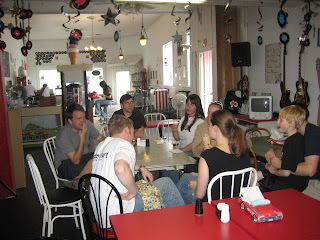 Something you may not know about me: I love to bake, especially on rainy Saturdays like today

There are cookies that need to be made, and because I procrastinated writing my Young Women's lesson, Rob gets to be the one to bake them. No fair.
Posted by stephanie at 3:05 PM No comments:

We joined our friends at the Mariner's game for LDS night last Thursday. We got cheap seats and a free tshirt just by showing our temple recommends! jk.

Here is everyone: Rob (left) sitting next to the Braithwaites, then McDonnels, then Albrechts. It was such a good time with friends that I kept forgetting to watch the game. When I did remember to watch, I mostly saw the other team running home, so it was okay. 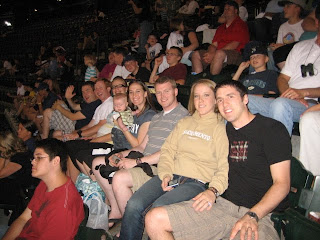 Rob and his little buddy Cameron 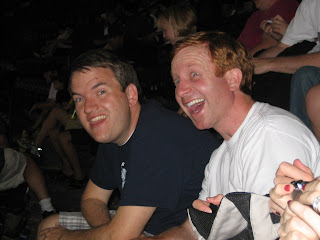 Rob representing with his Brigham shirt. 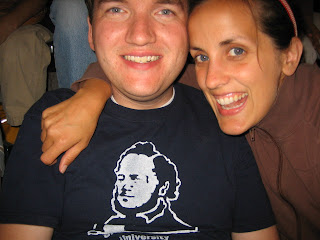 Collin McDonnel was especially heartbroken with the M's loss. 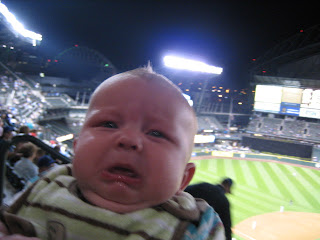