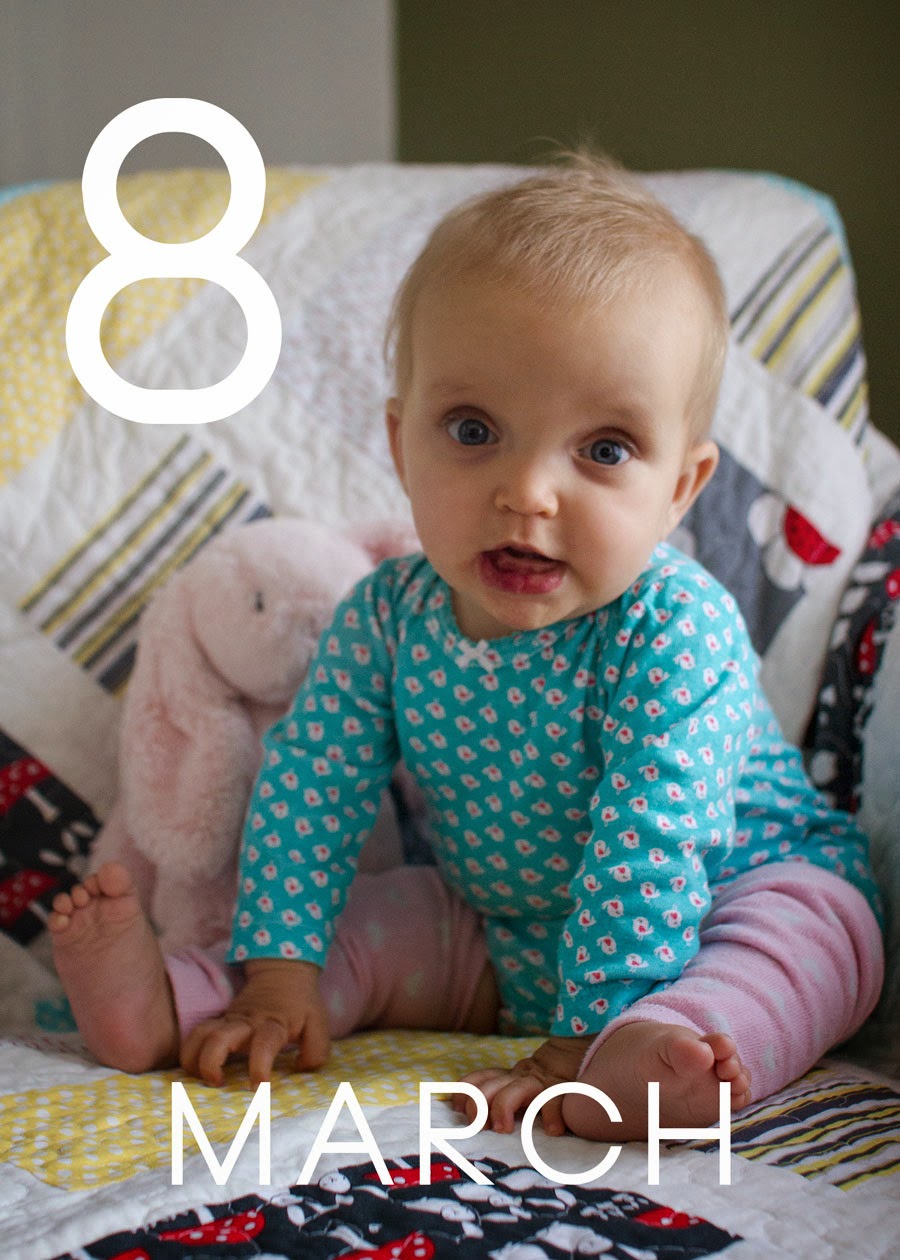 Eight months!? I probably always say that she's growing up so fast, but seriously, this last month has been the quickest of all! I'm not even sure if she's doing anything new or different - but I'll try to think of something...

She is officially a blondie. She's been turning blonde for a while now but retained a funny "collar" of dark hair in the back and now even that is gone. Now I'm just anxious for it to grow longer so we can see what she looks like with even more blonde hair.

June thinks life is for laughing. She does it all day long and it's usually a fake "I'm supposed to be laughing because I'm awake" laugh. It's quite easy to get a belly-laugh out of her, just tickle her or have Henry pay any bit of attention to her. As I type this I'm trying to also nurse her but she keeps unlatching to laugh.

She likes to kick, clap and "drum" (bang two items together or onto a hard surface). I thought she had a new trick of clapping if I ask her to, but she just did it for a couple days and now can't seem to do it as perfectly since then. She'll now either bring her hands together but as fists instead of open, or she'll have open hands but clap her leg instead of her hands together.

We almost got June to roll over the other night. She's decided that she doesn't like to lay on her back now that she's so good at sitting and she's never liked her stomach, although she hates it less now that she can prop herself up a little higher even though it's still usually mere seconds before she intentionally rolls onto her back to get out of that position. So, anyway, by this age she should be rolling onto her stomach from her back and with the enticement of one of her favorite "toys" - her medicine syringe, she got mostly there except she doesn't know how to get her one arm out from under her. I guess I should be practicing more using the syringe again and other favorite items like her water cup and some food or something.

She cries a little easier and harder these days. She's learning how to use her cry as a tool, I guess (read: she manipulates us with her cry). When she's tired she wants me and if I look away or, heaven forbid, walk away, then she can get pretty upset.

Her new sounds this month are funny ones: a hiss and a gargle. Sometimes she'll be about to cry and she'll happen to make the gargling sound which stops her from crying and she continues with the vocal play.

We are excited to see what this month brings for our little baby girl and feel so blessed that we'll get to share it with her!

Enjoy a couple videos of June from last week:

I took these a while ago (when he was just shy of 2 1/2 and when he was still pretty blond) and was just looking at them again tonight. I tell you, I think this kid is so good looking. 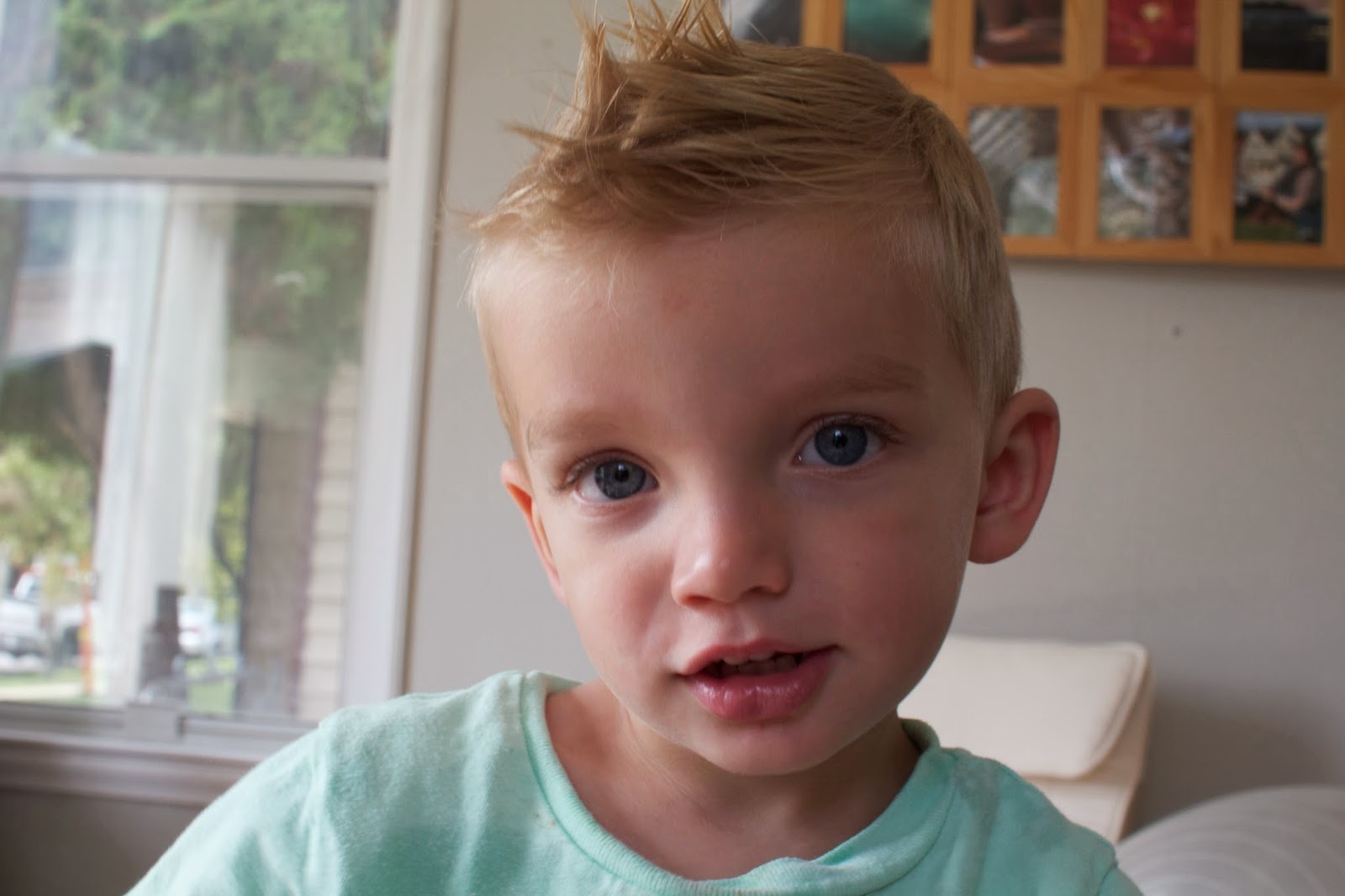 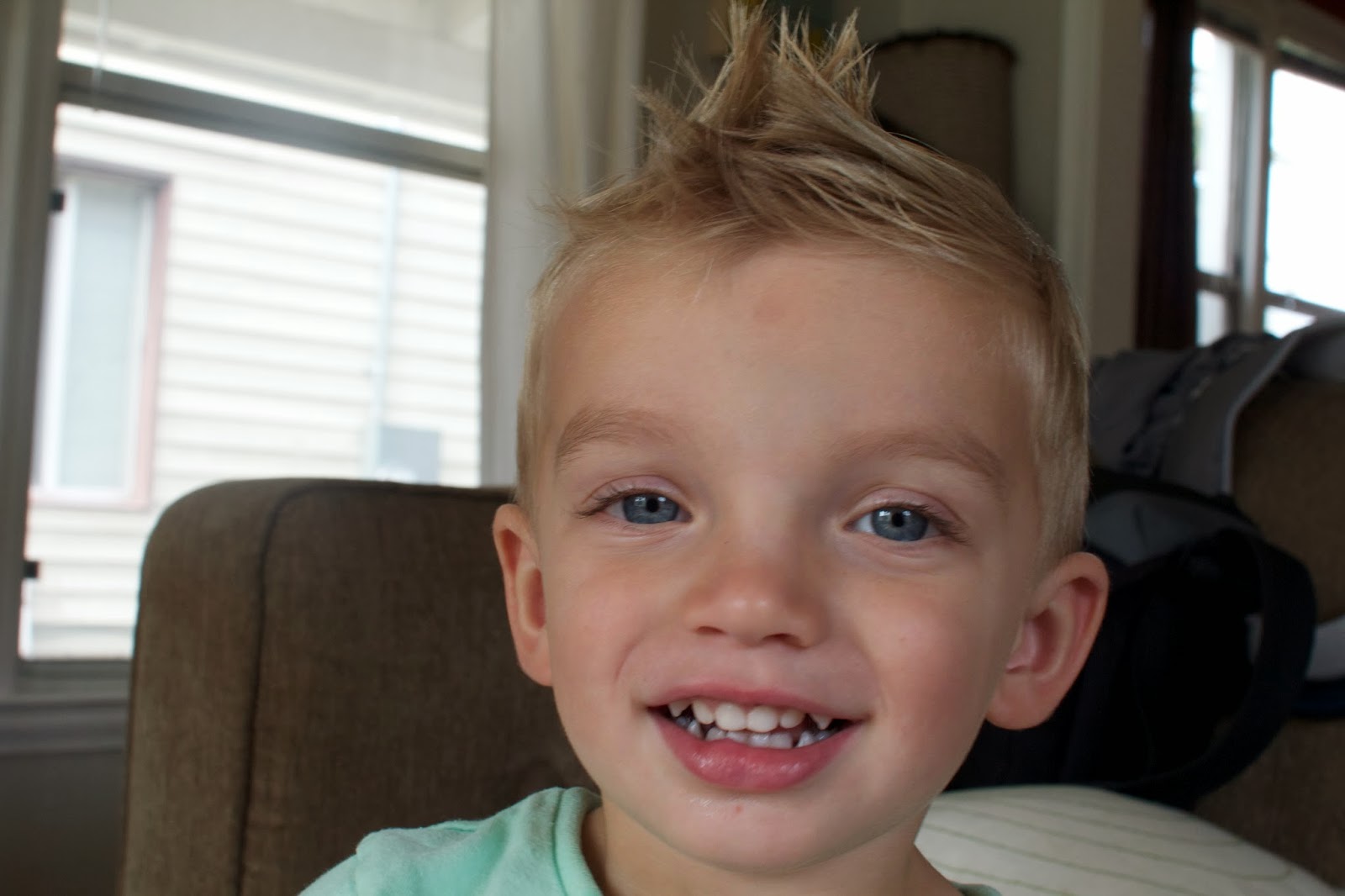 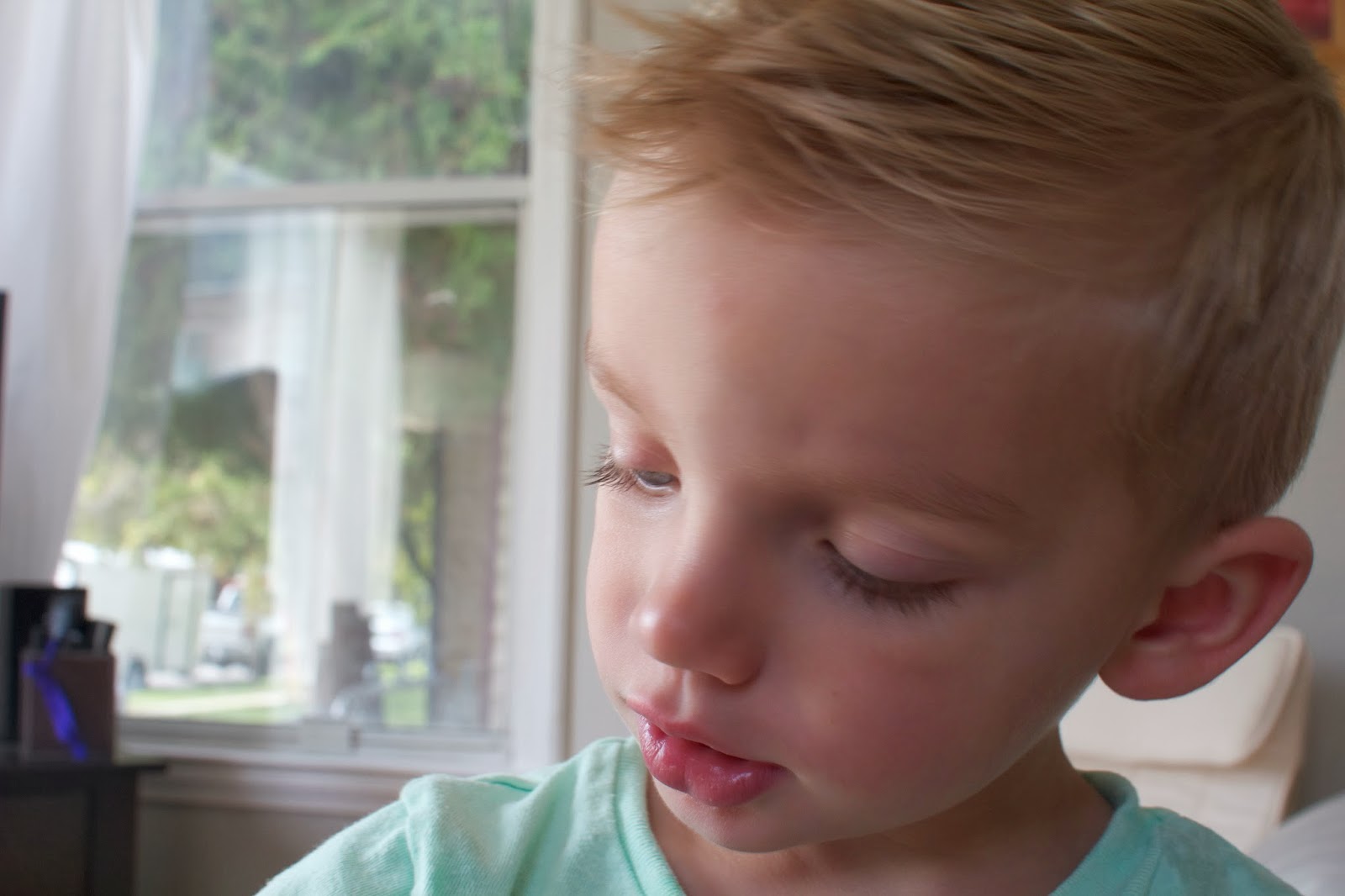 Even the funny faces. 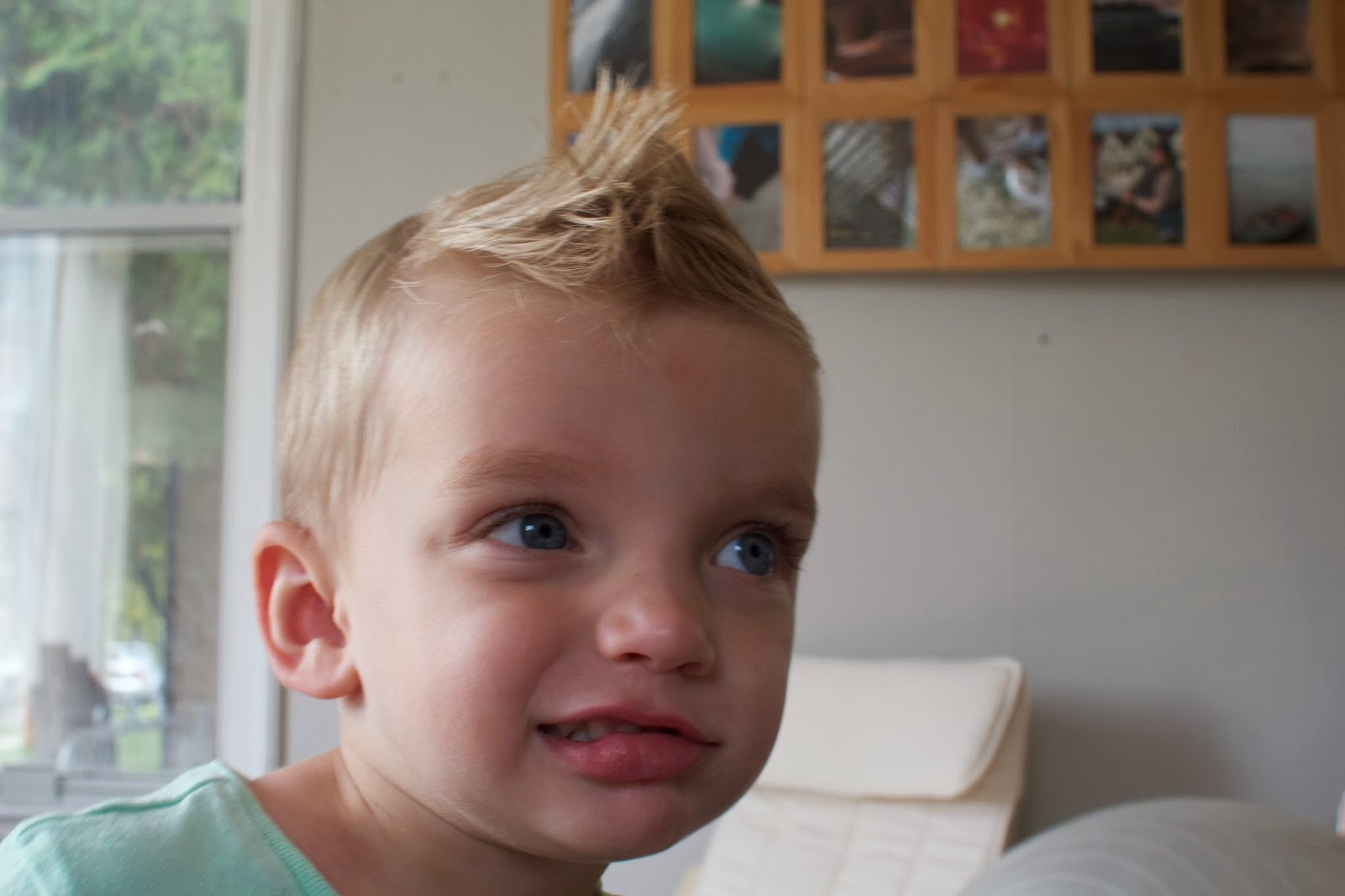 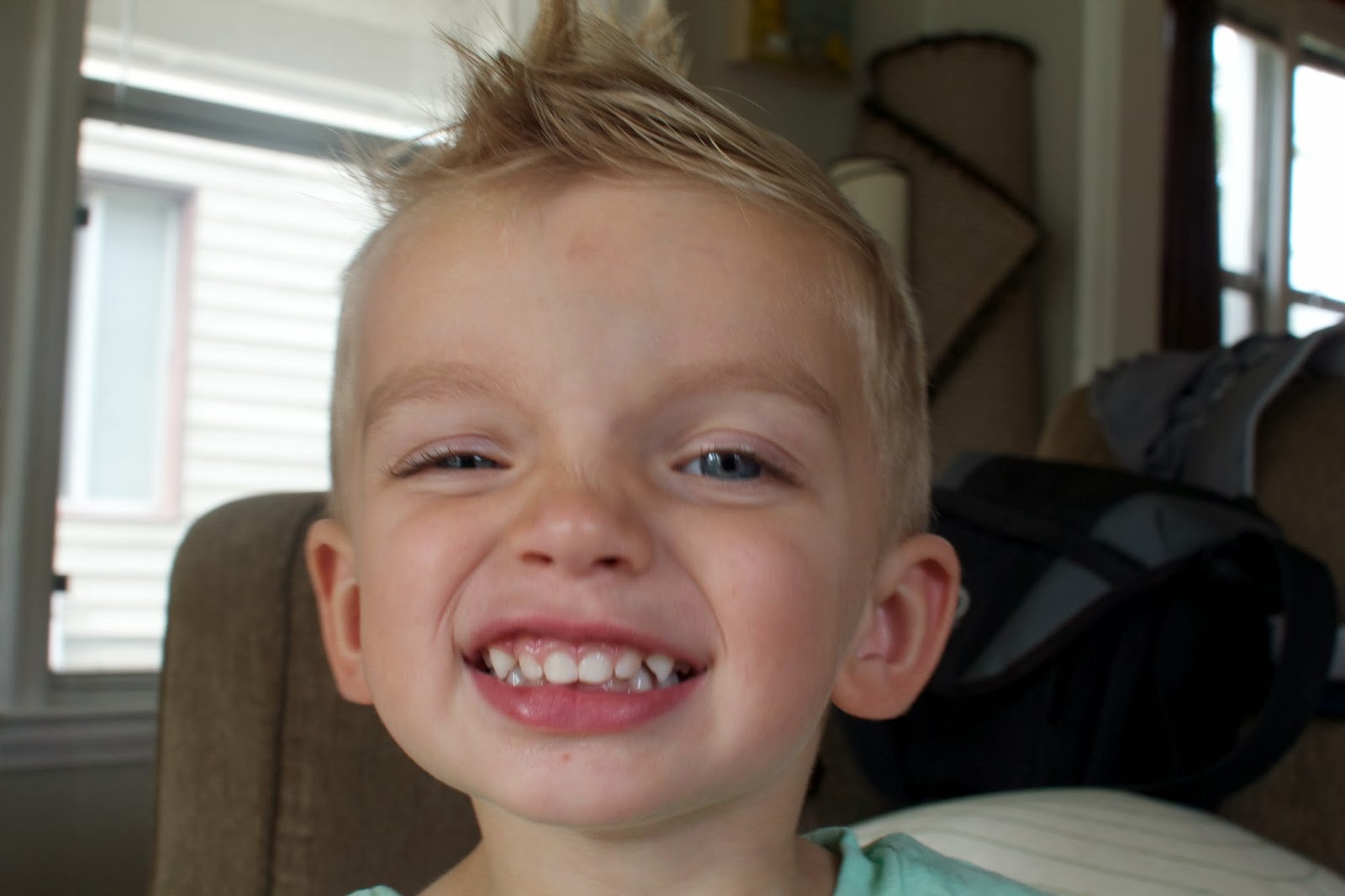 And especially when watching him play. 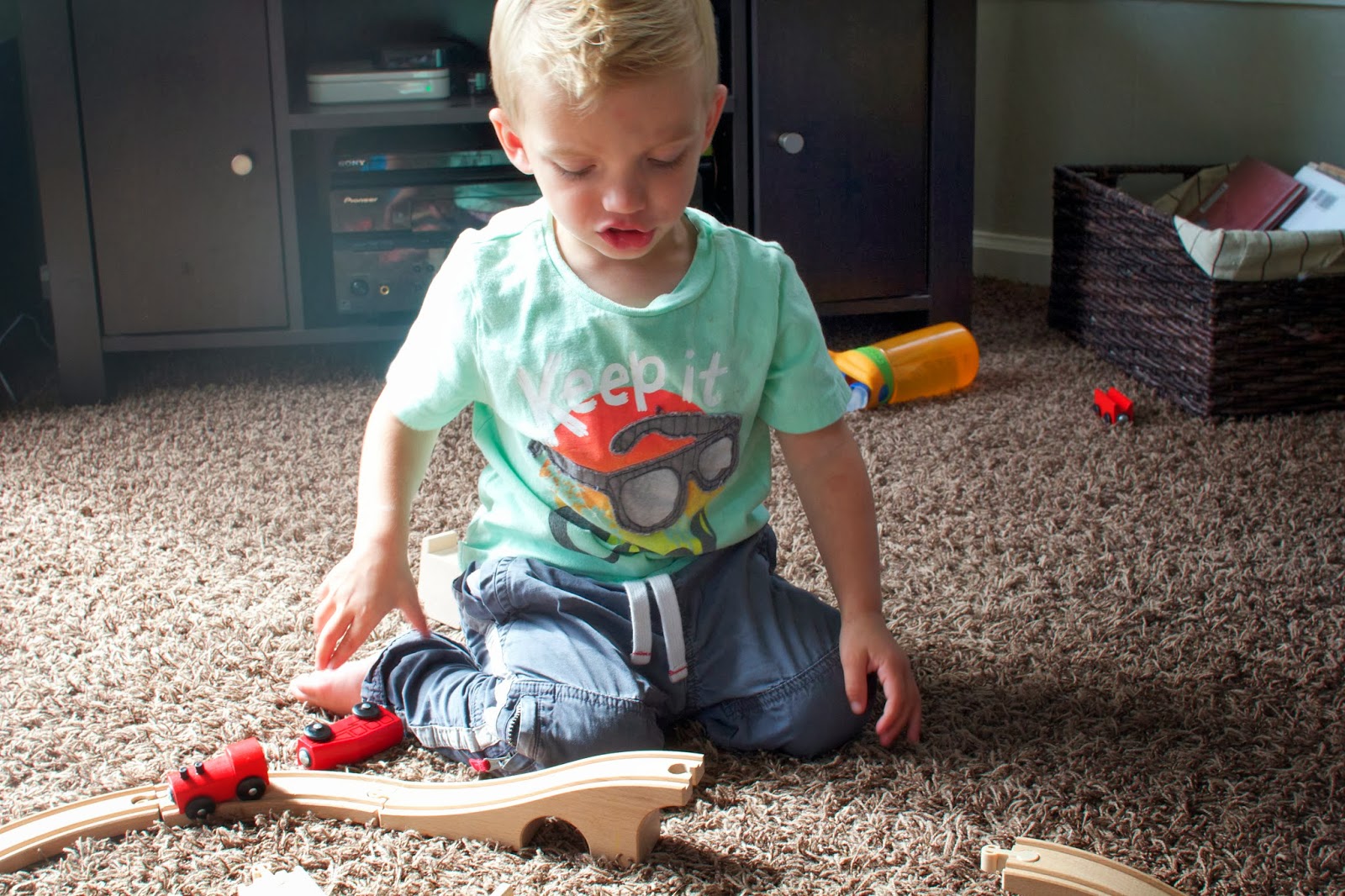 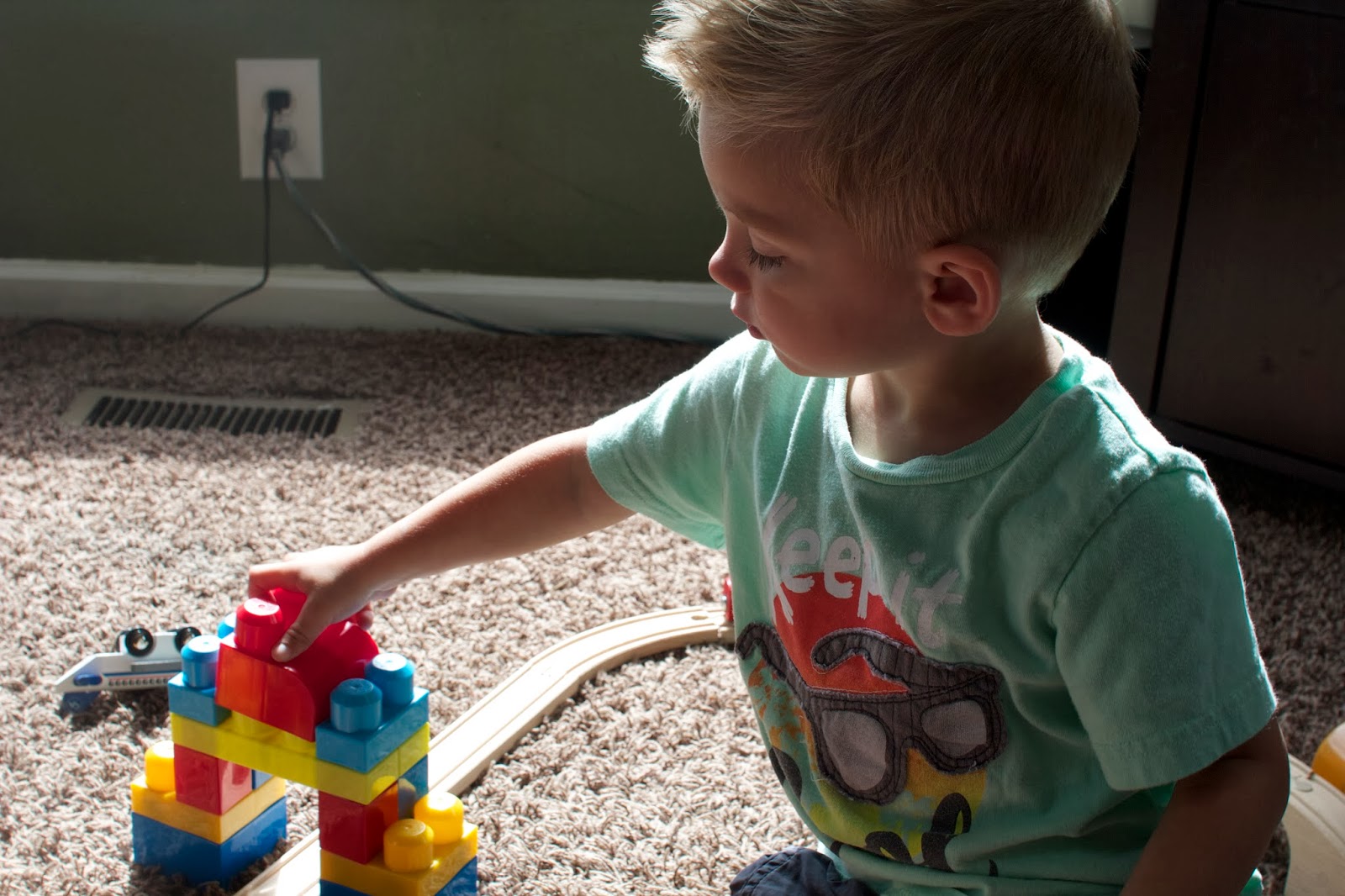 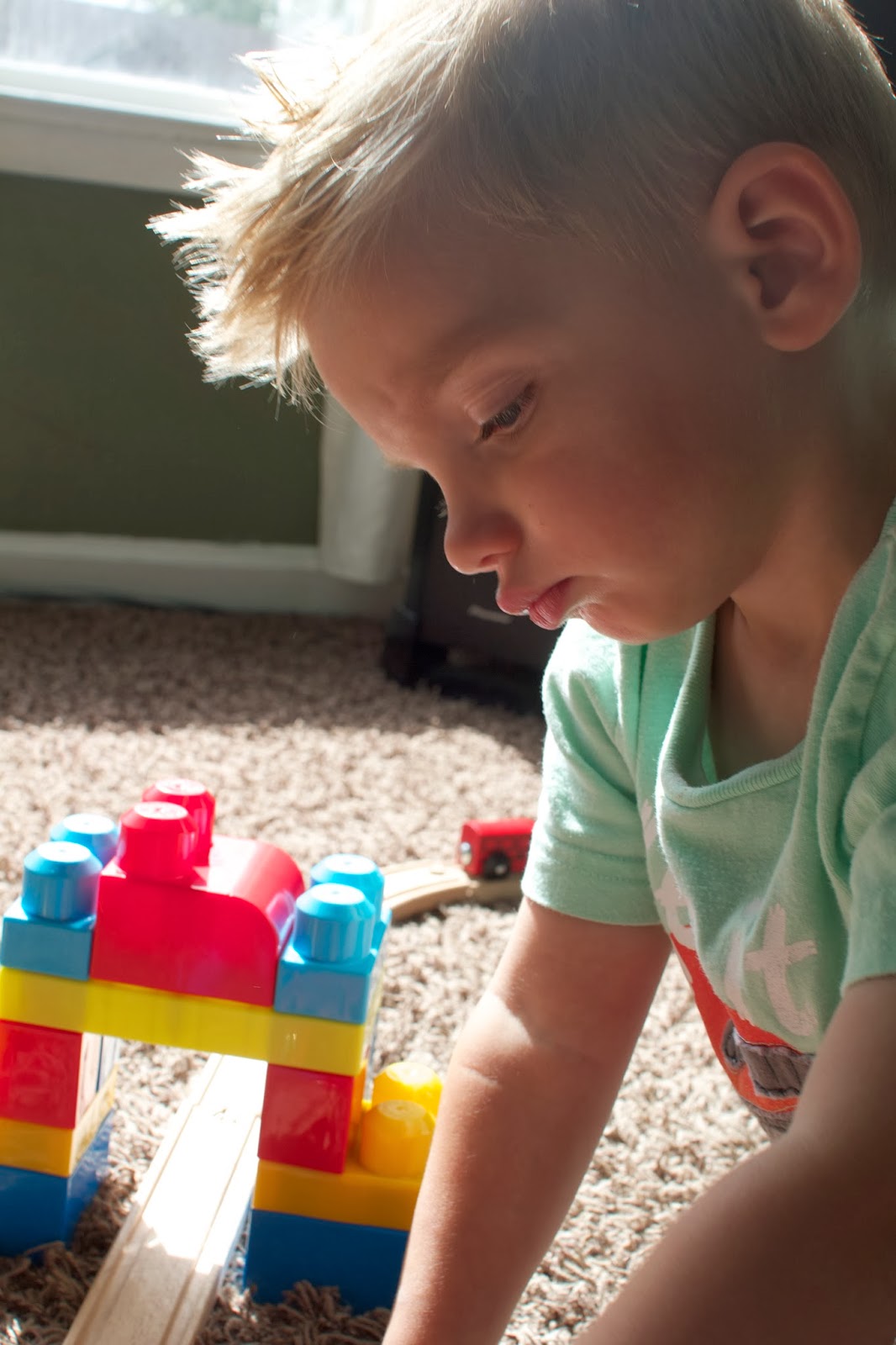 It occurred to me recently that he is only two months away from being THREE years old! I don't know how I feel about this little baby boy of mine getting so big. I call him that often: my baby boy, despite him telling me each time, "I'm not a baby" and disbelieving me when I tell him, "but you're MY baby."

For the record, he never wears his hair like this. I wish he could but it falls down shortly after it gets spiked (with lotion, hair gel and or hair spray) and I've stopped trying.