Henry's birthday involved small celebrations, but he got to have three of them! The first was with Rob's family. I made cupcakes (I got uncharacteristically creative with these) and Henry was able to celebrate with, not only the cousins and other family he loves, but with new friends (Lee and Lisa... and OLIVE) too!

Yep, these are cute. 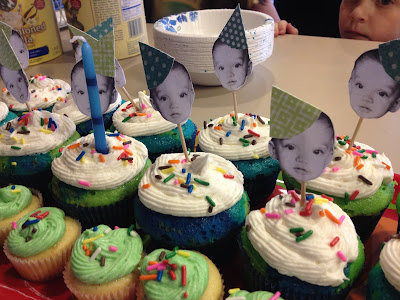 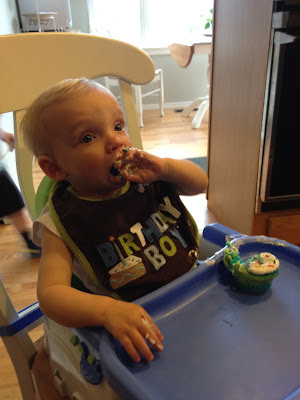 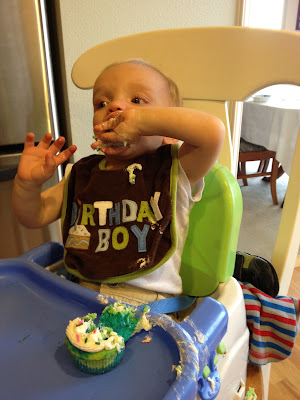 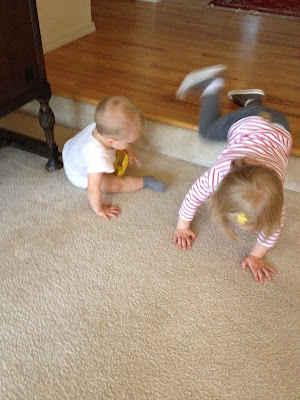 Next was May 2nd, Henry's actual birthday. No big to-do on this day, just a day of some of his favorite things: pancakes for breakfast (we Skyped his aunt Monica and uncle Jachen during breakfast, so they were the only family to celebrate on his actual birthday. What an honor!), library, mall play place and... that's all I remember.

Dad surprised Henry at the library's story time! He was supposed to be at work then all the sudden walked in! 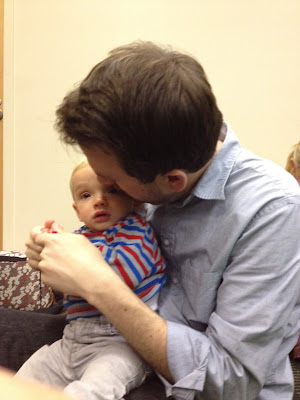 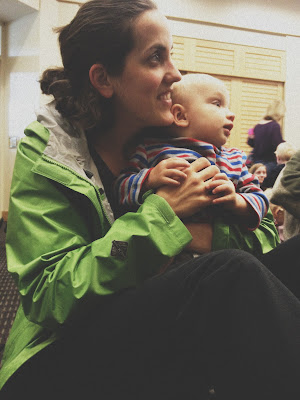 Getting a stamp at the end of story time. 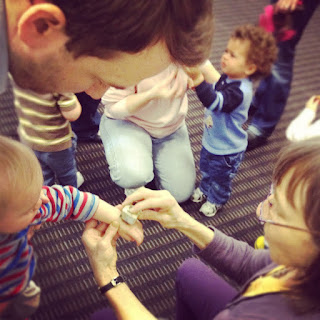 Then, the third celebration was with my family and some of our closest friends. No cute cupcakes this time. We celebrated Cinco de Mayo the same time, so here Henry is enjoying a gluten-free cupcake. Mmm. No, he's not gluten-free, but I wanted him to have a cupcake rather than a "pile" of tres leches cake that the rest of us ate - better for pictures. 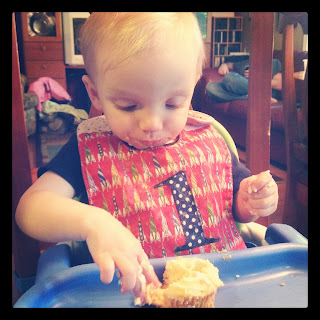 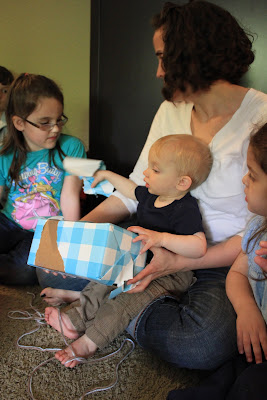 Rob, demonstrating a mask similar to what Henry got for one of his gifts. 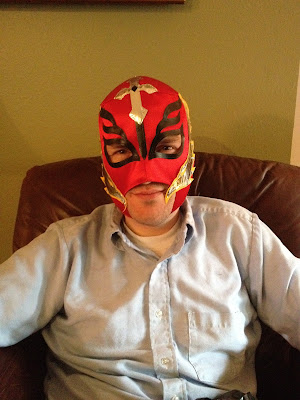 I felt bad at first not doing a bigger celebration for Henry. I knew he didn't care, but I wanted to "mark" the importance of it by doing something more grand. In the end, what we did was perfect. He got so much love and attention by those he loves which is all I really cared about! Now that he's almost 18 months, I already can't believe how little he was when he turned just one! We love our little boy!
Posted by stephanie at 3:03 PM 2 comments: