The week after Christmas was spent in sunny (mostly) Orlando! Our primary purpose was to visit my brother Jacob and his wife Lisa, but they happen to live less than 10 minutes from Disney World, so we took advantage of the parks while we were there. It was my first time in Orlando, Rob had been a few years back, but had just gone to Magic Kingdom - so it was all new to both of us.

Christmas Day on the plane wasn't very exciting,
but thanks to couple of movies loaded on the ipod, it wasn't too bad either. 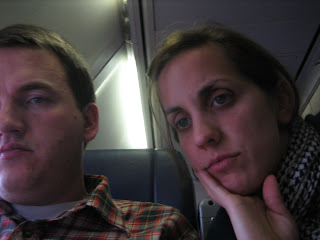 Rob made naan for Sunday dinner curry fest. We made some chicken saag and chana masala. Jacob made red curry with tofu on noodles. Something I remembered about Jacob - he loves competition in any form, "So, which food is better, mine or yours?"

Rob is pretty excited to be grilling naan on the bbq in Florida! 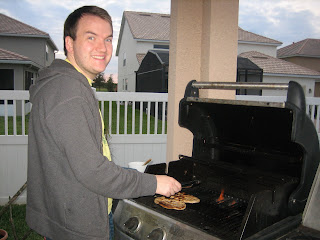 Boo is a good companion, especially when he thinks there's meat on the grill. 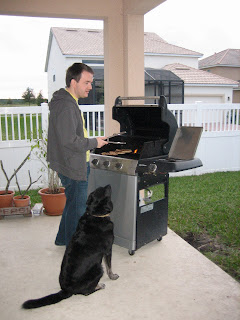 Jacob and Lisa had gotten a free pass to Universal from a friend, so we took advantage of it and went to Island Adventure on Monday. It was a beautiful day - a little chilly in the shade, but the skies were a beautiful blue and it made me really excited about being in Florida!

We liked Universal (truthfully, we give it an official rating of "thumbs-sideways") - it had some cool themes. Here is Suess Landing, which had been decorated as Who-ville for Christmas. 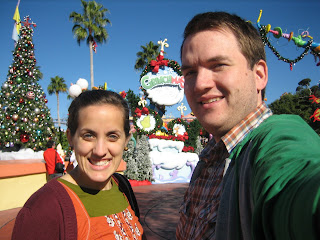 Even though we saw most of Universal and don't feel a need to return any time soon, we'll have to go back next time we visit because Harry Potter's Wizarding World is being built! 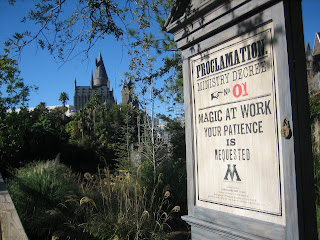 Boy, are we excited! (Rob spied Hogwarts Express and Hogsmeade while peeking here.
I know, you're getting excited too!) 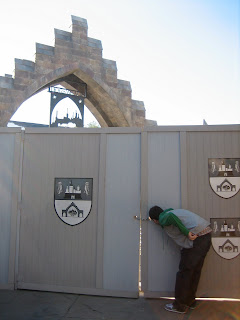 Some pics from Jurassic Park...

Here we were going to pretend to be scared. Rob actually looked up and saw a dinosaur. 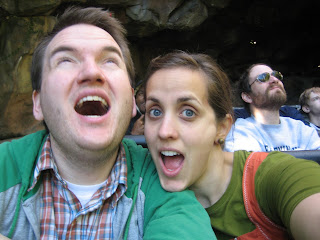 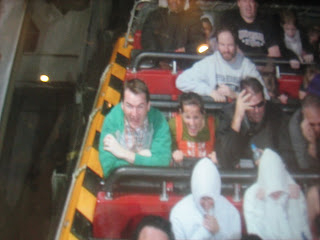 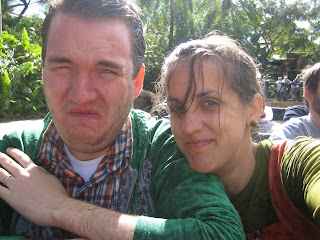 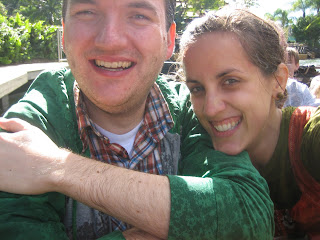 One of the great things about Islands of Adventure was the fun lands that they had around. This whole area was built around the theme of classic comic strips. 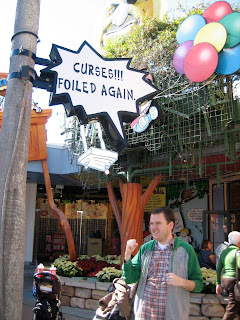 Thanks for being a fun way to spend a Monday in Orlando, Universal! 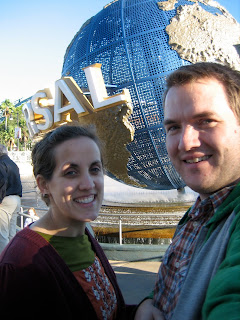 play with us. literally.

Click here and wait for the game to load. Epcot was pretty cool... more to come.

(the game is only available until jan 5th)
Posted by stephanie at 6:58 PM 4 comments: 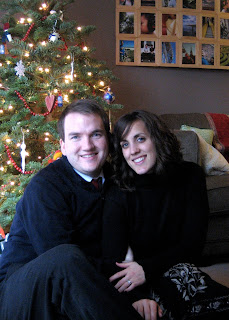 Merry Christmas from the Nylands
This has been a year marked by blessings in many forms. We are grateful for all that we've been able to learn, experience, and for the friends and family that have shared it all with us.

We thought we'd post our Christmas letter on our blog this year - no way would it had ever gotten to you by tradition means (in the mail, and on time). Since this is our first Christmas letter, we'll start back in August 2008, when we became the Nylands.

Rob and I were married August 2008 in the Seattle LDS Temple after our 17 month courtship + engagement. Rob was working at a market research firm, and I was graduating from the University of Washington (I finished up a week early to get married). We headed off to San Diego and Disneyland for our honeymoon. We celebrated our first anniversary in 2009. Our truthful answer to those who asked us about our first year of marriage has been "It was so... easy!"

Right away after we returned from our honeymoon to our apartment in Kirkland, Washington I began my career as a Speech Language Pathologist in the local school district. Rob accepted a job teaching Video Production at Lake Washington Technical College (scroll down to check out his bio!). It was a lot of exciting life changes all at once for the two of us!

Our first years at our jobs have been both challenging and rewarding, which was expected. Rob teaches four classes per quarter, and the best way to describe what he does is to show what his students have made. I provide language therapy to 45+ kindergarten-6th grade students from two elementary schools.

Our extended family grew by five this year - my sister, Alicia, got married in March, adding one brother-in-law and two nephews. Also, a nephew and niece were born this year. We feel very blessed to live near both sides our family and have had many fun times our parents, siblings, nieces and nephews.

We've been able to enjoy a handful of trips in 2009 - made possible by school schedules with breaks that overlap. We thoroughly enjoyed Portland, Victoria, BC, and Las Vegas. In June, we road-tripped it down to Utah at the beginning of our Summer Break. Rob and I both lived in Utah while attending BYU, we both love and miss Provo and our friends who are living in the area. Provo was the main destination, but on the way there and back we visited family, friends, and interesting sites in Spokane, Yellowstone, Rexburg, SLC, Roosevelt and Fruitland.

Between trips, our summer was filled with camping, biking and hiking. We're not intense outdoors-men by any means, but it was so great to enjoy the area and each other by spending most of our days doing these activities.

We stay busy year-round with our church responsibilities. Currently, Rob is Elder's Quorum President, which means he directs the group of men that are around 20-40 years old and assists in the day-to-day running of the ward (congregation). I work with the 12-13 year old girls as the 2nd Counselor in the Young Women Presidency. We really love our first family ward after enjoying many years in University wards.

Rob's podcast met it's demise in August after 100 episodes. It was a bit of a change to Rob's weekly schedule after almost two years of weekly trips into Seattle to do the podcast with his good friend Nathaniel.

During the year, we found that our little apartment does a fine job at being home to out-of-town-visitors, even with just one bathroom and an air mattress on the floor (at least, we hope our guests felt the same!). So, whether you're making a trip to visit us, the city, or are just stopping mid-band tour - feel free to stay with us in 2010. Thanks to our 2009 house guests: Lady Danbury, Drew Danburry, Sycamore Street Press, Love is Chemicals, Desert Noises, and Florida Farrars.

We'll start out the new year looking forward to strengthening new friendships and reconnecting with old. We hope to be even more a part of our nieces and nephews' lives this year, excited to watch them grow one year older. We'll take a few more trips: Orlando for Christmas-New Years, Disneyland in February, and maybe even San Francisco for Spring Break (crossing fingers!). With anything that new year will bring, we will be happy and grateful to be experiencing it with one another and with the Lord watching over us.
Posted by stephanie at 3:43 PM 9 comments:

I get to see these guys live:

Phoenix - Lizstomania / One time too many - A Take Away Show from La Blogotheque on Vimeo.