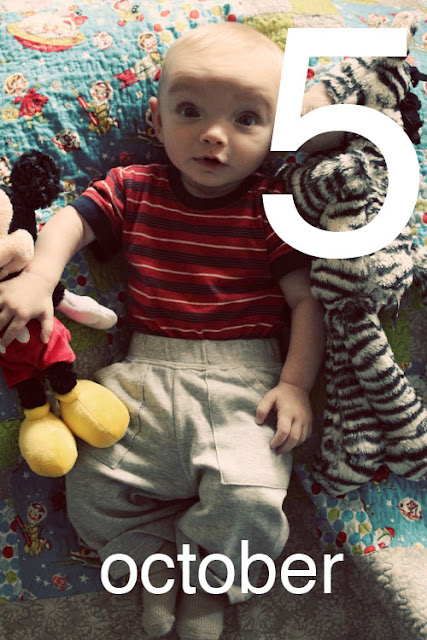 It's Conference Sunday and I've been reminiscing all weekend about how, during the last Conference, Rob and I were getting the baby's room ready in anticipation of his arrival. At that time it was hard to imagine that by the time we had conference again, we'd have a 5 month old. And now here it is, six months later, and all of the sudden we have a 5 month old.

Henry is getting to be a busy little boy, which is the biggest change. He's still our sweet, happy baby boy, but not quite as docile. There have been a few other changes for our little baby boy:
We still spend much of our time with him just amazed at how adorable he is. We feel so blessed that he's our sweet little baby boy.